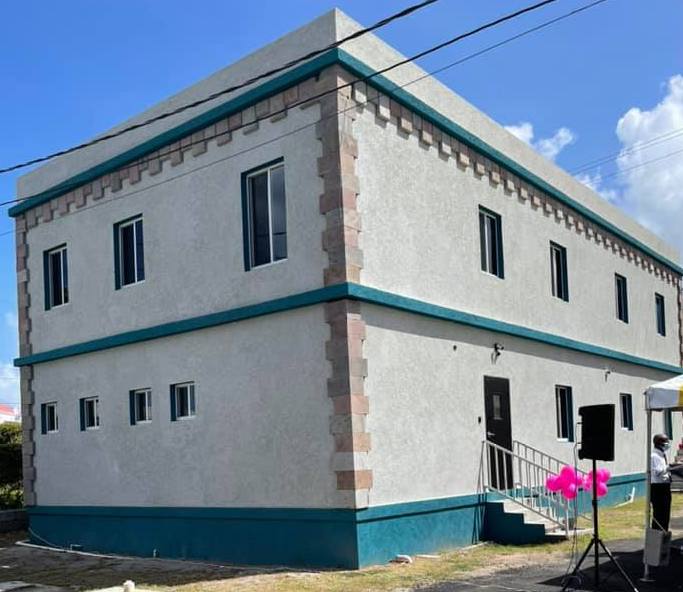 The ceremony was held Tuesday, September 07, 2021, on the outside of the facility, located in Charlestown.

Hon. Mark Brantley, Premier of Nevis and Minister responsible for Security in the NIA, said having a first-class CCTV camera program on the island is a major step forward in ensuring the safety and security of the people of Nevis.

“I believe that this morning is historic for us in many ways. My government has promised that the safety and security of our people is critical and I believe this morning we are taking a giant step forward in that regard…

“This today is a signal achievement for my government and the people of the island of Nevis and the wider Federation. Today we inaugurate this building and commission this building that we think is going to take us to the next level in keeping our people safe,” he said.

He expressed appreciation on behalf of the security forces and people of Nevis to the government of the Republic of China (Taiwan) for partnering with the NIA on the project.

His Excellency Michael Lin, Ambassador of the Republic of China (Taiwan) to St. Kitts and Nevis registered satisfaction that his government was able to assist the NIA in providing the latest achievement in enhancing security on the island.

“This is a crucial milestone indeed, as previous examples show that the installation of CCTV cameras plays an important role in the deterrence and prevention of serious criminal incidents. We are pleased that Taiwan has played a part in the rollout of the CCTV network in St. Kitts and Nevis,” he said.

Commissioner of Police Mr. Hilroy Brandy (QPM) informed that a CCTV camera program was first rolled out in Nevis several years prior with just a few cameras. He said under the previous system, which lacked real-time monitoring, over 30 police cases were solved. The Commissioner said this expanded and more up-to-date system will be an even greater asset to the police with regard their crime-fighting and prevention efforts.

“With this new modern technology, I’m looking forward to even more from our service from this recording program.

“I want to thank the Nevis Island Administration for coming forward and building this edifice and Mr. Lin and his country, the Republic of China (Taiwan” for contributing toward the equipment,” he said.

Mr. Wakely Daniel, Permanent Secretary in the Premier’s Office, chaired the morning’s proceedings. He revealed that the Taiwanese Government had contributed $1,865,093 towards equipping and furnishing the centre.

The cameras will be installed along the island’s main road, in certain hot spots around the island, as well as at the ports. The CCTV camera system operates with fiber optic cables and the monitoring station at the Command Centre will be manned around the clock.