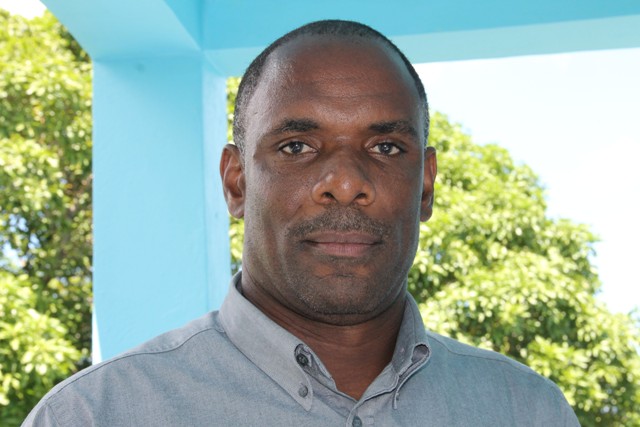 Mr. Colin Dore, Permanent Secretary in the Ministry of Finance, in the Nevis Island Administration

NIA CHARLESTOWN NEVIS (August 21, 2018) — The Nevis Island Administration (NIA) continues to embrace technology in its pursuit of a paperless society.

Mr. Colin Dore, Permanent Secretary in the Ministry of Finance, said on August 20, 2018, that the administration’s latest step in that direction comes with the ministry’s support of a new payment system implemented by financial institutions on the island as of August 21, 2018.

“We continue to promote advances in technology as a means of making the government process at the various departments easier, swifter and in a more efficient manner. Embracing technology has always been one of the main thrusts of the Ministry of Finance…

“This payment system when it was introduced we embraced it fully…This is all part of the move towards the paperless society and getting us to the stage where on the click of a button, fully electronic, fully computerized, we can operate an entire government with very little paper,” he said.

Mr. Dore noted that in recent times solid steps have been made within the Ministry of Finance as far as technology is concerned. He used the opportunity to commend departments that continue to promote advances in technology in the NIA.

“Our Information Technology (IT) Department over the years, they have made serious strides in this area and we want to thank them for their assistance and thank them for continuing to bring new ideas forward.

“The staff at the Treasury and various departments who continue to look for new ways in which they can embrace technology, we applaud them for those efforts,” he said.

The permanent secretary gave the assurance that the ministry would continue to support all of the efforts as they look for all of the advances in technology, testing and trying them to determine how and where they can work for the NIA and to implement them fully moving forward.

Meantime, Mr. Quincy Prentice, Director of the IT Department, stated on August 21, 2018, that the administration has made significant investment in technology through the department.

He said the Inland Revenue Department (IRD) is completely computerized in terms of the management of all the taxes it is responsible for collecting through a system called SIGTAS.

In addition, the IRD is now moving through the online collection of taxes which allows taxpayers to interact with the department through their E-Services module.

Mr. Prentice explained that the administration’s investment in fiber optic technology allows all departments the connectivity that’s required for the applications that are being put in place.

“On top of the fiber optic network, we have deployed what’s called Voice Over IP (VOIP) which has replaced the traditional analogue telephone system. So the NIA is now able to manage all of their internal calling, all of the telephone calls that happen from one department to the next.

“That’s all occurring on top of the NIA’s own infrastructure. Instead of having to pay…monthly fee for doing all these things, all this is being handled internally and is managed by the IT Department,” he said.

On that same network, the administration has assisted the police in the deployment of close circuit television (CCTV) cameras throughout Charlestown.  In the second phase of the islandwide project, the fiber optic system will be expanded to support it.

The IT Department is supporting every department in the administration’s drive towards “E-Government” with methods such as the JEMS systems which is deployed at the High Court and the Astaris system which is used for budgeting purposes. It forms an important aspect of overall financial management in the NIA.

A health management system for the Alexandra Hospital and all other areas involved in the management of health on the island is at present being instituted.