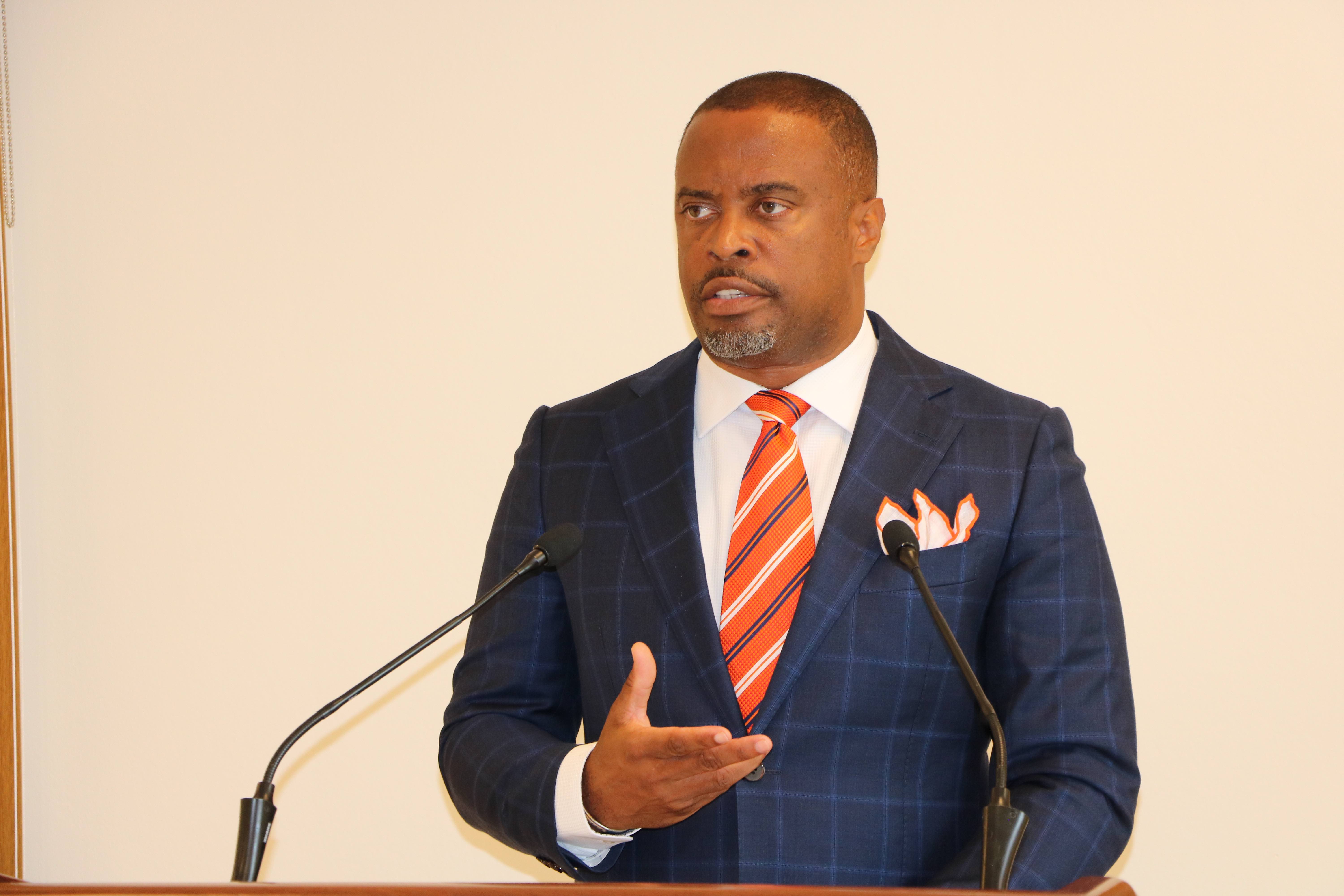 Hon. Mark Brantley, Premier of Nevis, at his monthly press conference on August 27, 2020, in Cabinet Room at Pinney’s Estate

NIA CHARLESTOWN NEVIS (August 27, 2020) — The Nevis Island Administration (NIA) has decided to hold a low-key celebration on September 19, 2020, in observance of the 37th anniversary of the Independence of St. Kitts and Nevis, due to the ongoing COVID-19 pandemic, and its effects on the island’s economy.

Hon. Mark Brantley, Premier of Nevis, made the disclosure on August 27, 2020, at his monthly press conference in Cabinet Room at Pinney’s Estate, and sought the public’s understanding in the matter.

“This year the Nevis Island Administration has taken the decision that we will limit the extent of activities for Independence due to COVID, and due to certain fears that have been expressed but also due to the real situation that we face financially in the administration…

“This is not to say that we do not recognise, cherish and honour all those who have gone before; cherish and honour our independence, those who have worked hard for us to achieve that independence but this is the state in which we find ourselves. This is the circumstance in which COVID has brought us, and so I am advising that we will have a very low-key affair this year in terms of our independence celebrations, and I ask the public’s patience with us and their understanding in the circumstances,” he said.

However, Premier Brantley, who is also the senior Minister of Health and the Minister of Finance, stated that there is a proposal for patriotic programmes in schools, and the annual Independence Day Ceremonial Parade and Awards Ceremony at the Elquemedo T. Willett Park.

The Premier spoke of the changes that can be expected on Independence Day.

“Some differences this time around however, those being awarded on Independence will perhaps have separate seating, and instead of having the toast to the nation that we would have after, where we mix and mingle, we will simply have a takeaway package for those who are there. So we are trying to limit the time and limit the contact, the person-to-person contact, in light of COVID.

“In addition, I regret to advise that the annual cocktail that we would have at the residence of the Deputy Governor General, that after discussions with her we have decided to forego that particular event this year,” he said.

This year’s independence celebrations will be held with the theme “Resilience, Innovation and Security for Independence 2020”.