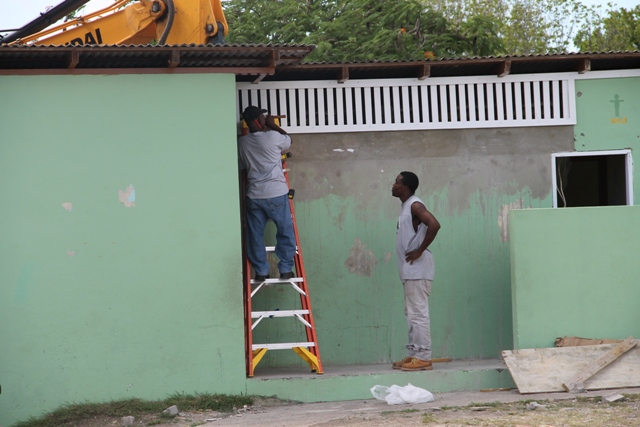 He stated that one of the most important duties for the children is to learn to respect themselves, their fellows, teachers, parents and also public and private property.
“I think that is something which we have to begin or continue to instil in our children.
“This project, which I am visiting today, is part of that commencement of making sure they have very a conducive environment in which to work, in which to study and that they need to take care of it,” he said.