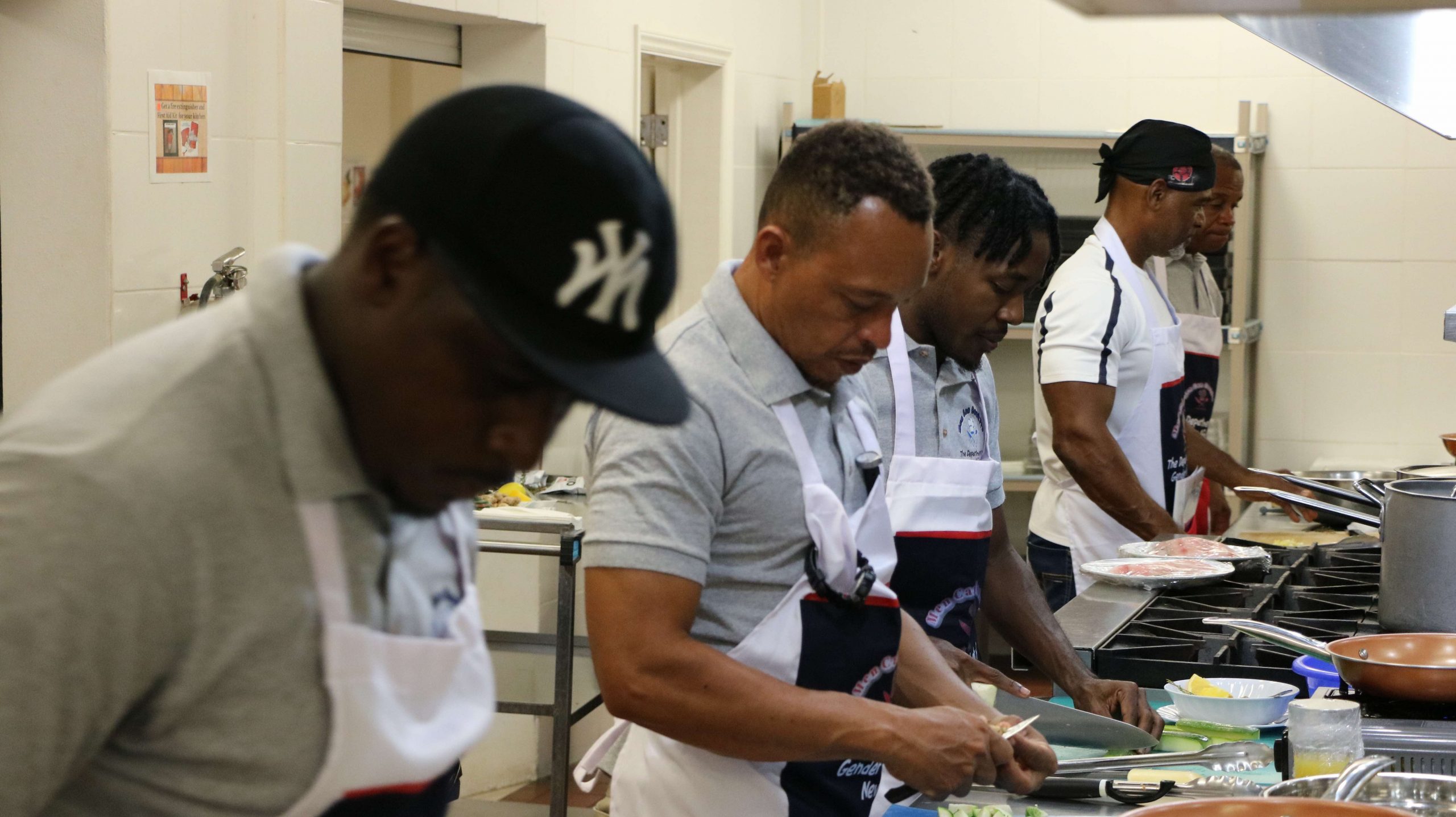 Participants in the Department of Gender Affair’s “Men Can Cook” programme during a session at the Charlestown Primary School’s Cafeteria on November 23, 2020

NIA CHARLESTOWN NEVIS November 26, 2020) — The Department of Gender Affairs in the Nevis Island Administration (NIA) is looking forward to continuing its “Men Can Cook” programme, the first of which comes to an end on November 30, 2020.

Mr. Mario Phillip, Gender Officer at the department old the Department of Information on November 23, that the programme which was designed as an activity for Men’s Month 2020, to engender the well-being of boys and men in the Nevisian community has generated interest.

“The show has been going very well and the five participants are very excited to be included in the programme. They have done quite a number of things. They have done baking, roasting, and they’ve done studies in food health and cleanliness, and so the programme has been off to a good start.

“Many persons have heard about the programme, seen pictures or video clips, and they have become excited too and shown a lot of interest in joining but we at the Department of Gender Affairs because of this interest, we have decided that we would look forward to doing other editions of “Men Can Cook” in the future,” he said.

Mr. Phillip noted that the initiative which began on November 13, has two sessions per week on Mondays and Fridays. He explained how the programme was conceptualised and brought to fruition.

“The theme for Man’s Month is “Family, Friendship, Health: making a difference to the well-being of men and boys,” and in light of this the Ministry of Health and Gender Affairs, we decided we have to do something for men that would empower them, increase their capacity and allow them to really impact their family, their friends in a healthy way.

We know that in the kitchen when you are cooking it’s time for socialisation teaching – the older teaching the younger. So we wanted men to foster that relationship between themselves, their children, their wives, so their family could come together in sharing not only a meal but the preparation of a meal, and so we decided to have “Men can Cook,” he said.