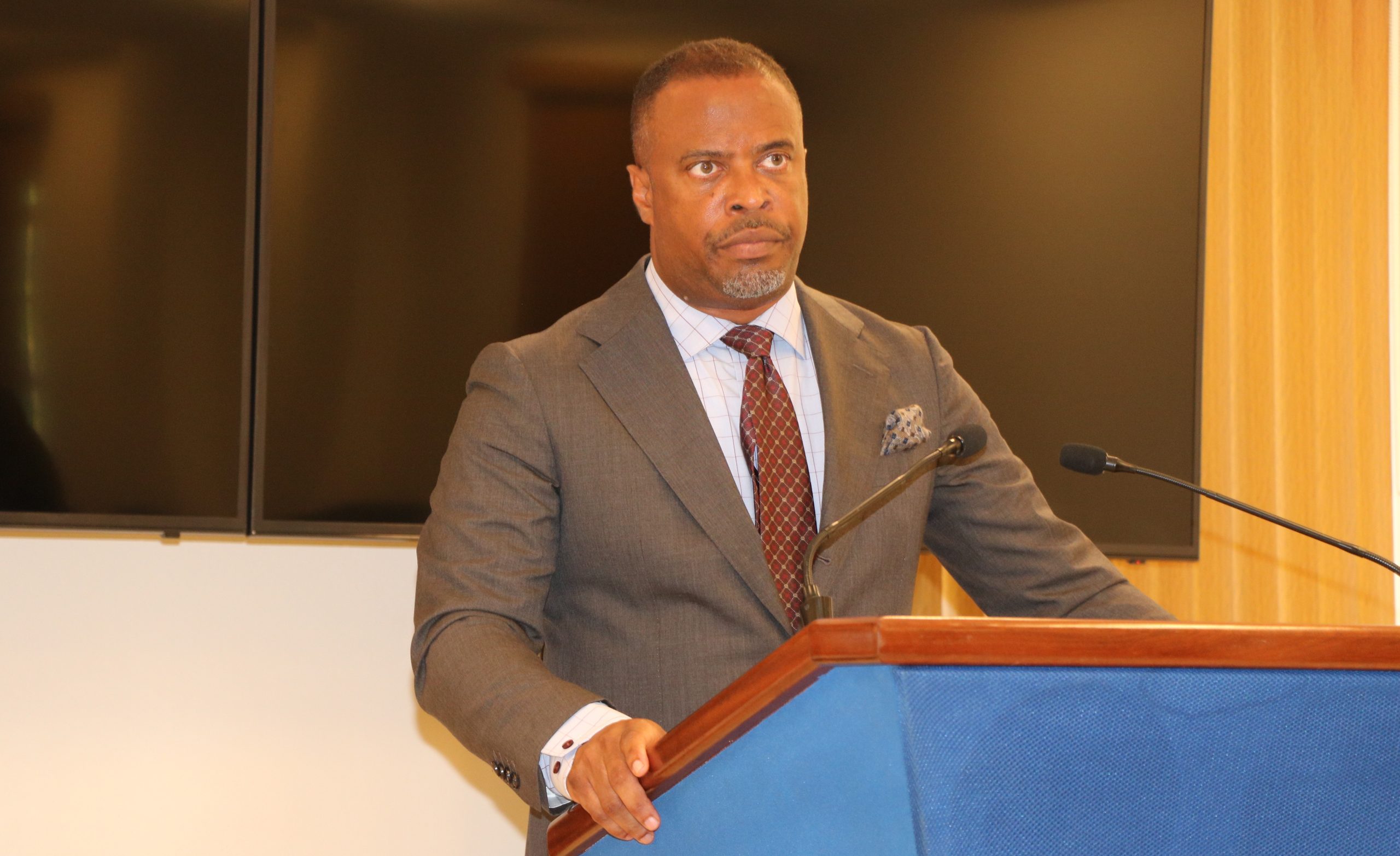 NIA CHARLESTOWN NEVIS (November 30, 2021) – – The Nevis Island Administration (NIA) has put the monies received from the proceeds from the St. Kitts and Nevis Citizenship By Investment (CBI) program to good use funding a myriad of projects that have benefited citizens and residents on the island.

“When people ask what have we used this money to do, we’ve used it to keep the island running just like St. Kitts has used their portion of the money to keep St. Kitts running,” said Hon. Premier Mark Brantley, Minister of Finance in the NIA when asked by a reporter at his November 25, 2021 press conference to give an account of the $260 million received from the CBI program.

He gave some insight into how the NIA has spent the funds over the past almost seven years, listing a number of significant developments on Nevis that came as a result of investment of those CBI monies.

“Offhand, just from my mind- the Mondo Track; we have the brand new Newcastle Police Station; we have the water taxi pier at Oualie which in my view has been a monumental investment in so far as the water taxi business is concerned, which by the way remains 100 percent Nevisian-owned at this point; we have the CCTV centre that has gone up; we had works that were done on various roads all around Nevis; we have the new Treasury Building in Charlestown which was a significant investment; we have generators up at NEVLEC- one of those Wärtsilä generators costs over US $5 million…and the expansion of the Alexandra Hospital,” he said.

Some of the CBI funds have also been used to help service the NIA’s wage bill to ensure government workers and pensioners continue to be paid on time and in full especially during the COVID-19 economic lockdown of the island.

“I continue to remind our people that our public service bill each month is somewhere in the region of EC $7 million…Do the math, seven times 12 that’s $84 million a year, and you multiply $84 million by seven years. I believe that the wage bill of $7 million a month says to us that what comes to Nevis from the Citizenship By Investment program is not even enough to cover that,” he stated.

Mr. Brantley underscored the point that Nevis had not received the $260 million as a lump-sum payment but in periodic payments over a period of seven years.

He also addressed the issue of the NIA being repeatedly asked to account for how its portion of the CBI monies had been spent.

“I don’t hear anybody asking what you did with 90-plus percent of the money you keep in St. Kitts … St. Kitts will get the lion’s share and nobody is asking what you spent these billions of dollars in St. Kitts on. And I think if you were to ask the question ‘where have the billions that St. Kitts has gotten from the CBI gone’, they will tell you well look at the roads, look at Port Zante, look at the development that has happened in St. Kitts. Similarly in Nevis we have developed the island.

“So we have to be realistic when we look at this, and these numbers when thrown around they sound spectacular, when assessed we’re really not talking about a lot of money in the context of seven years, and in the context of a country where billions have flowed into Basseterre as direct result of the Citizenship By Investment program.”

Premier Brantley underscored the urgent need for an equitable sharing arrangement of CBI proceeds between the Central government in St Kitts and the NIA in Nevis.