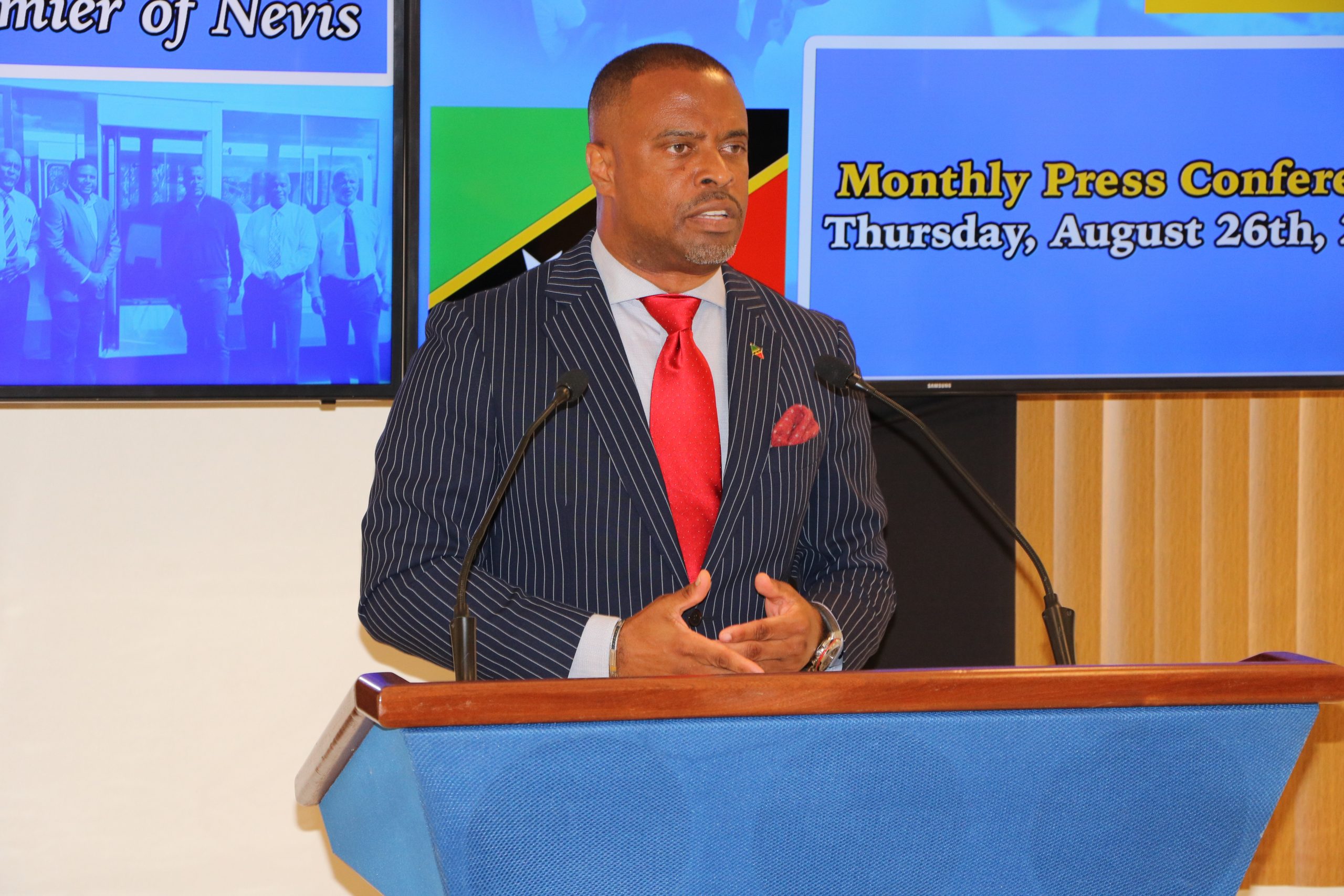 NIA CHARLESTOWN NEVIS (August 26, 2021) – – The Nevis Island Administration (NIA) continues to maintain a handle on its debt position even as it grapples with depleted revenue streams resulting from the economic ravages of the COVID-19 pandemic.

During his monthly press conference held Thursday, August 26 2021, Premier Hon. Mark Brantley, Minister of Finance in the NIA, explained that against the backdrop of diminished revenues, the government has had to incur more debt than is usual in order to meet its financial obligations and provide critical services to the people of Nevis.

“The NIA’s debt has increased and I believe that the circumstances of that increase are well known.

“With our revenue decimated by COVID and the closure of our main industry which is tourism, we have been forced to borrow, and in the past year and a half we have had to borrow more than usual and therefore our debt has increased”.

“Of course high debt is never attractive. We always prefer to have a situation of low debt, but in the circumstances it is through debt that we have been able to continue to pay our public servants, continue to make available the services that the government is required to make available,” he said.

Putting the NIA’s debt accumulation into context, the Premier revealed that under the Joseph Parry-led Nevis Reformation Party (NRP) administration the debt went from $230.8 million in 2006 to $389.71 million in 2013. This represented an increase in the government’s debt stock of $158.91 million or $26.49 million per year.

The Premier went on to explain that the government’s borrowing in recent time has been in effort to avoid having to take actions such as retrenchment of workers.

“The situation is sober. It is a situation which we cannot ignore, but in the circumstances I believe that the option was start to lay off workers, start to do as we saw in other countries where public servants were being paid some in cash and some in IOUs, and we thought that was not appropriate, and so we have tried our very best to pay people on time and in full, and to continue to offer the [government’s] services.

“And I believe despite the economic challenges and despite the down turn that particularly our public servants and the government services have been continued, and have been maintained at a particular standard here on Nevis for the period that we have been under the throes of this pandemic,” he said.