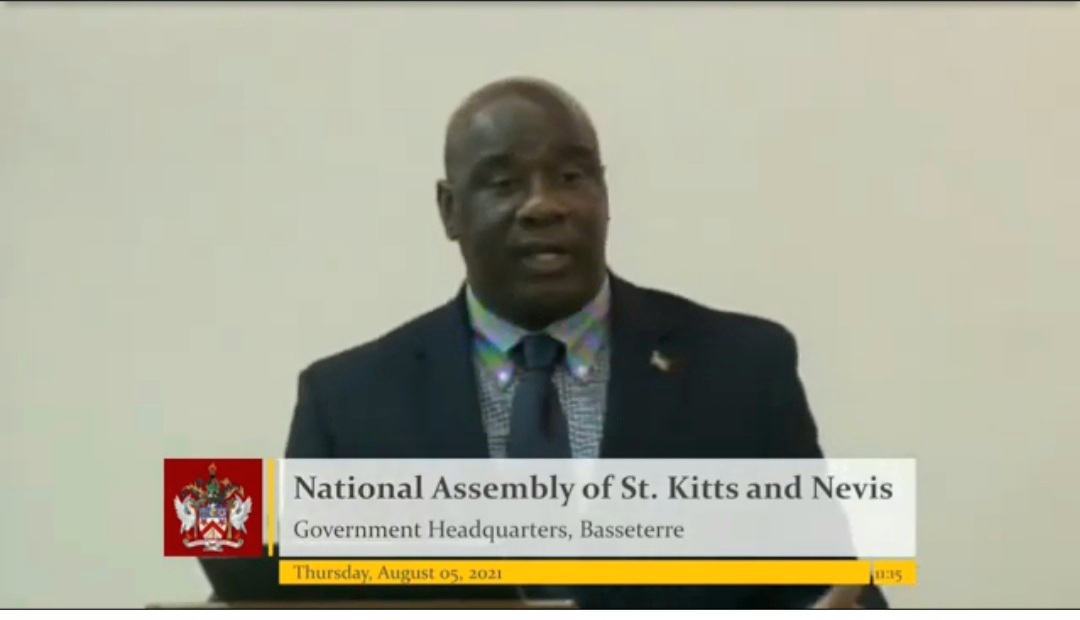 Deputy Premier Hon. Alexis Jeffers, Minister responsible for Lands in the Nevis Island Administration and Elected Member of the Federal parliament during the August 05, 2021 sitting of the National Assembly, Basseterre

Mr. Jeffers, the elected Member of Parliament for Nevis #11, said the piece of legislation would significantly eliminate contentions involving land matters in the federation.

“Land matters have always been a contentious issue in some regard here in the Federation of St. Kitts and Nevis, not only here, but throughout the world…If your land registry system is antiquated in any way, inadequate in any way, it certainly adds more volume to the discussions and debate and of course the discourse that will take place out there in the community.

“…And so this is so important because many times persons would purchase a property for example, not being aware of the difficulties that are associate with that particular piece of property or that tract of land, but after all of the necessary transactions are completed…then is when it is found out that someone would have made a mistake at some point in the past by noting or registering the previous owner’s name incorrectly and so this leads to various difficulties… Not knowing whether taxes are owed at that point in time, the land transaction is completed. Who then holds the difficult end of this process?”

The Minister said in those situations the new owners would seek redress from the government, and traditionally the government would forgo the revenue owed to it by waiving said back taxes.

The Land Registry Validation Bill, 2021, moved by Hon. Vincent Byron Jr., Attorney-General and Minister of Justice and Legal Affairs, brings into operation the Land Registry Act #10 of 2017. He said the legislation modernizes and streamlines the land registration process by allowing for electronic searches of the register of land holdings and the availability of direct and remote access of registry services

Minister Jeffers welcomed the ease of doing business this new Act would afford all persons interested in purchasing land in St. Kitts and Nevis.

“All of us would love to go to a central point or single database and access all information pertaining to a parcel of land, a tract of land and in that particular centralized area by using for example just a folio number you can access all of the necessary claims that are associated with that tract of land, all outstanding taxes, liens and any other pertinent information that one would like to get on that particular piece of property that you are searching on,” he noted.

He said any steps that can be taken to eliminate some of the difficulties and frustrations of land issues is always welcome, praising the federal government for its responsible leadership in attempting to bring about every improvement and change necessary to improve a particular area in the country significant to the overall development of the nation.