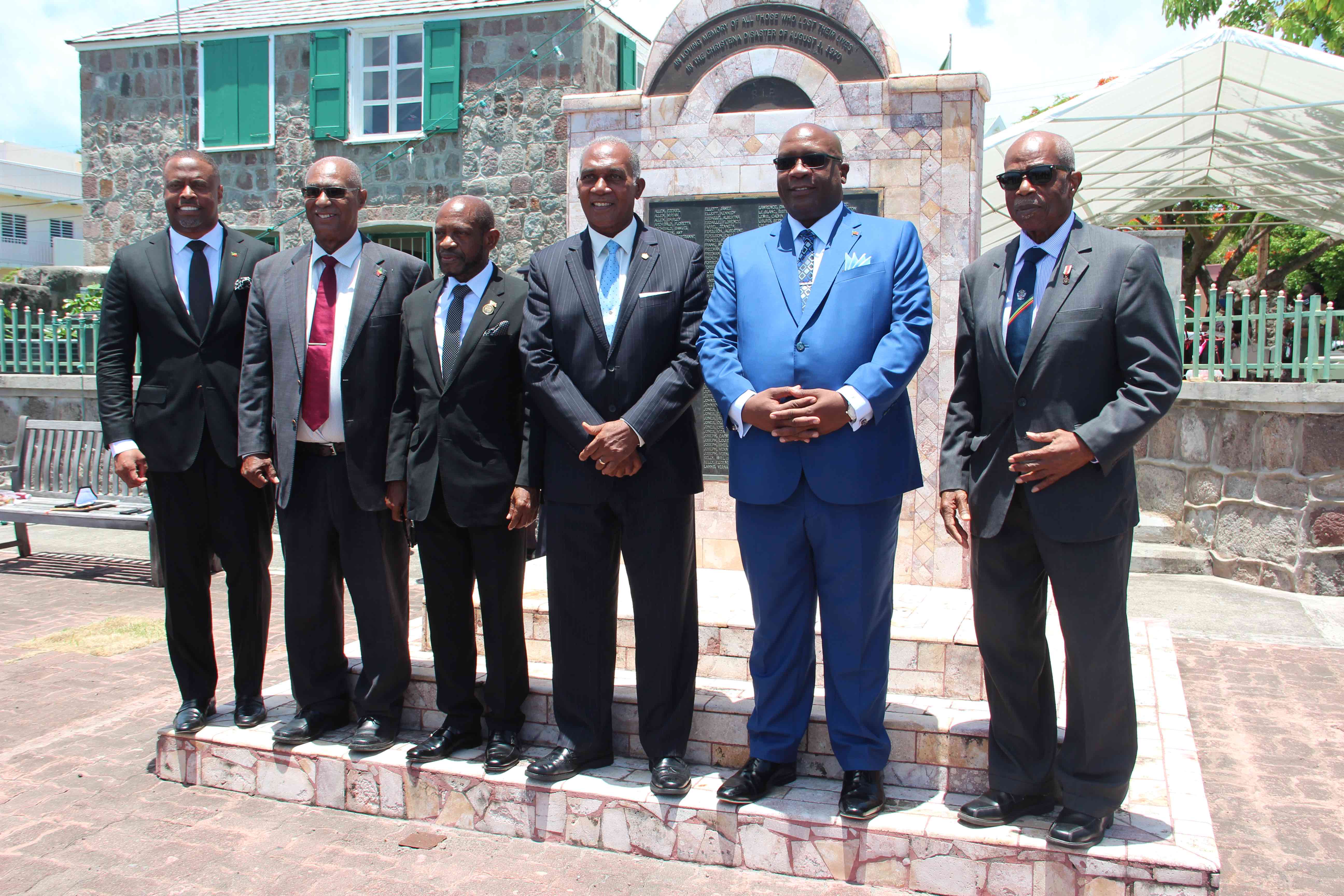 NIA CHARLESTOWN NEVIS (August 6, 2020) – The Nevis Island Administration (NIA) has received applause from local commentator and journalist Mr. Stevenson Manners, for arranging the special sitting of the Nevis Island Assembly to commemorate the 50th anniversary of the MV Christena Disaster.

The sitting was held in Chambers at Hamilton House on July 31, 2020, one day before the 50th anniversary on August 1st.

Mr. Manners, who has been doing an investigative study on the MV Christena Disaster, was a guest on show Real Talk Corner on August 5, 2020, for a reflection on the event. He noted that the tragedy had impacted every facet of Nevisian life as persons critical to the various sectors of the economy had perished on the journey.

Mr. Manners described the special sitting held to commemorate the MV Christena Disaster as very significant because it was the first of its kind in the Assembly’s 37-year history.

“All living prime ministers and premiers came and made presentations, and I would like to applaud Premier Mark Brantley for that.

“You had some who related their personal experiences like [former Premier of Nevis Vance Amory], and [former Prime Minister of St. Kitts and Nevis Rt. Hon. Dr. Denzil Douglas] who traveled on the boat that morning.

“And then you had the Rt. Hon. Dr. Kennedy Simmonds, who was a doctor in Nevis at the time, and he was able to explain what happened on that day. You also had [former Premier  of Nevis Joseph Parry], who must be applauded because he was able to put in perspective the impact of the disaster,” he stated.

Delivering remarks at the solemn occasion, Premier Brantley said while the special sitting might remind many of the pain felt 50 years ago, his government saw it as necessary to show their respect to those who had perished.

“It is also our way of showing the surviving family and friends that we have not forgotten their departed loved ones nor have we forgotten the enormity of the tragedy on that fateful day.

“Mr. President, each person who perished on that day had a name. Each person had a face and a story. There were teachers, nurses, civil servants, persons from all regions of the career spectrum who had their contributions to nation building cut short.  Let us, therefore, honour and remember these ones and let their memories become an inspiration and a blessing for all,” he said.

Mr. Brantley, calling for more to be done to put the tragedy in its proper historical context as the single most significant human tragedy in the nation’s living memory, suggested a permanent monument to the MV Christena Disaster also be erected on the sister island of St. Kitts.

One day later at a ceremony to unveil an exhibit mounted by the St. Christopher National Trust and Museum in Basseterre to commemorate the disaster, Dr. The Hon. Timothy Harris, Prime Minister of St. Kitts and Nevis announced that a permanent monument would be constructed in memory of those who perished, and those who survived the disaster.