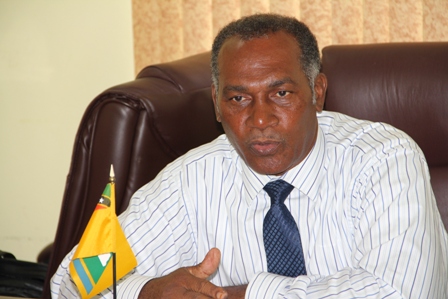 Premier of Nevis and Minister of Finance in the Nevis Island Administration Hon. Vance Amory
NIA CHARLESTOWN NEVIS (January 28, 2013) — Premier of Nevis and Minister of Finance Hon. Vance Amory, said his meeting with a team from the International Monetary Fund on January 25, 2013, at the Ministry of Finance conference room as forward looking and would help to determine the type of policies his Administration needed to implement.

Mr. Amory who was accompanied by Permanent Secretary in the Ministry of Finance Mr. Laurie Lawrence and Treasurer Mr. Colin Dore made the comment in an interview with the Department of Information on conclusion of the meeting.

“Yes we had to look at the state in which we find ourselves but it was really mainly to determine what sort of policies we need to implement, to ensure that in the future we see economic growth and we are able to find ways of addressing the fiscal deficits.

“Find ways to, I am sure, they will narrow the gap between the debt to GDP, which I think is important and also to find some measure from our own domestic policy which will enable the people of Nevis to know there are strategies we the government, will put in place to help them to get over this hump and also to benefit the government itself,” he said. 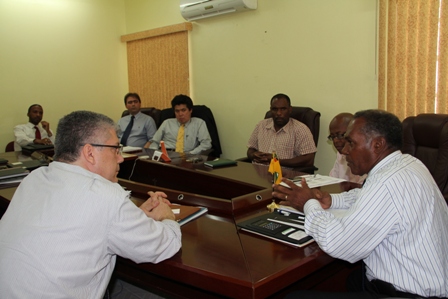 He said he emerged from the meeting with a good feeling and looked forward to the IMF’s report when the time came mindful that his Government’s budget would give some comfort that NIA was prepared to do things in a positive way to turn things around in Nevis.