CHARLESTOWN NEVIS (March 23, 2010) — An Engineer from the Nevis Electricity Company Ltd. (NEVLEC) , the island’s sole electricity producer, will receive outside training to assist with the independent monitoring of the Geothermal Project on Nevis.

According to Minister for Natural Resources and Public Utilities Hon. Carlisle Powell, Mrs. Anelda Date will attend a six month training course at the United National University in Iceland in the area of geothermal reservoir exploration and management. The training followed a 2009 visit to Iceland by a delegation led by Premier Hon. Joseph Parry.

The Minister’s announcement came on Thursday in an interview with the Department of Information, as he gave an update on the measures the Nevis Island Administration (NIA) continued to put in place with regard to the geothermal project.

“This fits squarely in with that the government has decided to do, in that, we want to train our people and make sure that they are ready to work in the field of geothermal. This is one of the things that came out of the visit that the delegation to Iceland had with Premier Parry leading the delegation,” he said.

Mr. Powell noted that the NIA was responsible for independent monitoring the project and in that regard had been working with other companies from abroad.

“We must make sure that they [West Indies Power Ltd.] are exploring and exploiting the resources in a sustainable way. So we have been in touch with Iceland GeoSurvey and in particular Mr. Joas Ketilsson who is the Project Manager Geothermal Development and Research of the National Energy Authority of Iceland.

“Why we did that is because we wanted them to give us a proposal, so that we can see what it would entail for us to move forward and develop the resource in a very sustainable way. They will be advising us on what to look for with respect to drilling, corrosion problems, turbine problems and the plants but we are not just only using Iceland. We have also been in touch with a company out of the United States of America,” he said.

The Minister explained that a proposal for management of the development of the geothermal resource had already been received. He said the NIA was not dependant on West Indies Power Ltd. and their professionals to advice the government.

“We intend to have an independent technical team on the ground in Nevis who will be able to monitor and advice the government as to whether or not what is being done by West Indies Power Ltd., in terms of developing our resource, is being done according to international standards. 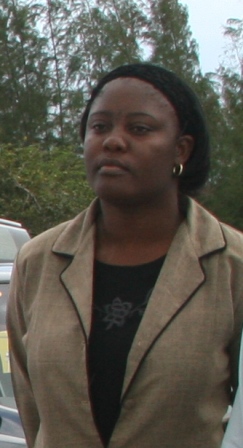 “We have already a proposal from one company in the United States of America and on their team we are seeing three of the top professionals in the world, who between them have over 50 years experience in the field of geothermal development and who have worked in most of the countries and areas in the world, where geothermal power is being developed,” he said.