Permanent Secretary in the Ministry of Sports and Chairman of the local organising committee Mr. Alsted Pemberton receives the Queen’s Baton from Vice President of the St. Kitts and Nevis National Olympic Committee Mr. Dennis Knight on its arrival in Nevis

CHARLESTOWN NEVIS (March 22, 2010) — The Queen’s Baton will leave the Federation on Tuesday for the British Virgin Islands but not before it made a four hour stop in Nevis on Saturday afternoon.

The Baton which had already visited 39 countries on its tour of 70 Commonwealth countries ahead of the XIX Commonwealth Games, slated for Delhi, India in 2011, arrived in St. Kitts on Friday from Montserrat.

It was received on Nevis by Permanent Secretary in the Ministry of Sports and Chairman of the local organising committee Mr. Alsted Pemberton and was passed on to Special Olympian Ms. Lavanda Forbes on the Charlestown Pier.

Moments later the Baton was passed on to Premier of Nevis Hon. Joseph Parry outside the Alexander Hamilton Museum, who in turn handed it to the Queen’s representative on Nevis, Deputy Governor General His Honour Eustace John.

In a brief welcome ceremony upstairs the Museum, Mr. Parry said he was hopeful that the baton’s presence on the island would deepen the understanding of the Nevis public of togetherness and friendship. 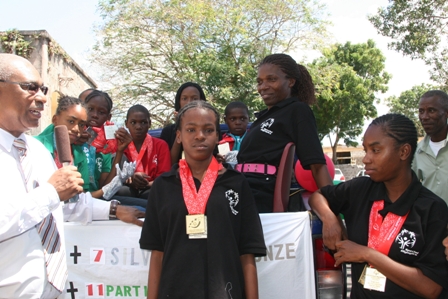 Special Olympian Ms. Lavanda Forbes with and Premier of Nevis Hon. Joseph Parry after she handed him the Baton

Mr. Parry also thanked the officials who accompanied the Baton to Nevis.

Following the ceremony, the Queen’s Baton Relay continued throughout the island with athletes on foot, cycles and vehicles. On the route, there were a number of stops to historical sites which included the St. Thomas Anglican Church, Nelsons Springs, Cottle Church ruins, Nevis Pottery, the Heritage Village, Fig Tree Anglican Church and Bath Hotel. 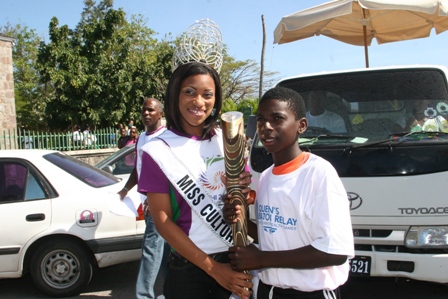 Miss Culture 2009 Ms. Mascinda Nisbett hands over the Baton to an athlete 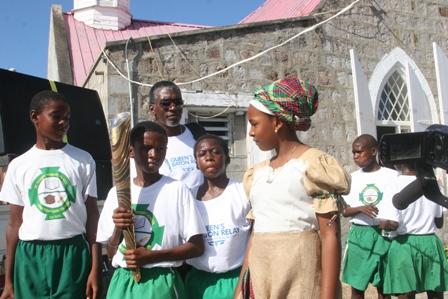 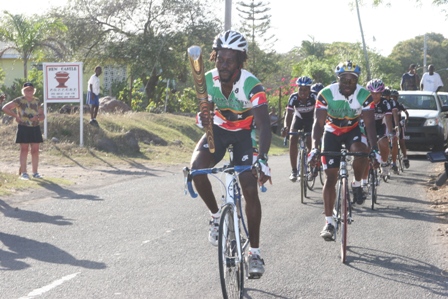 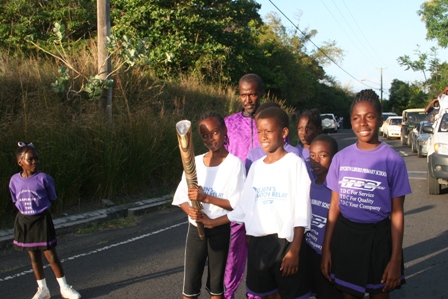 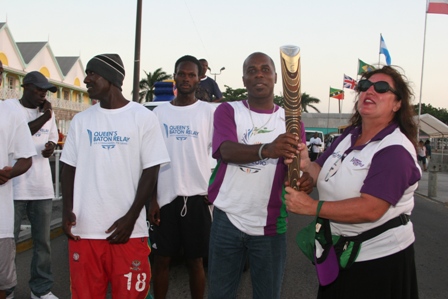 Permanent Secretary in the Ministry of Sports and Chairman of the local organising committee Mr. Alsted Pemberton hands over the Queens Baton to an official who accompanied the baton since its departure from Britain last October for Deli