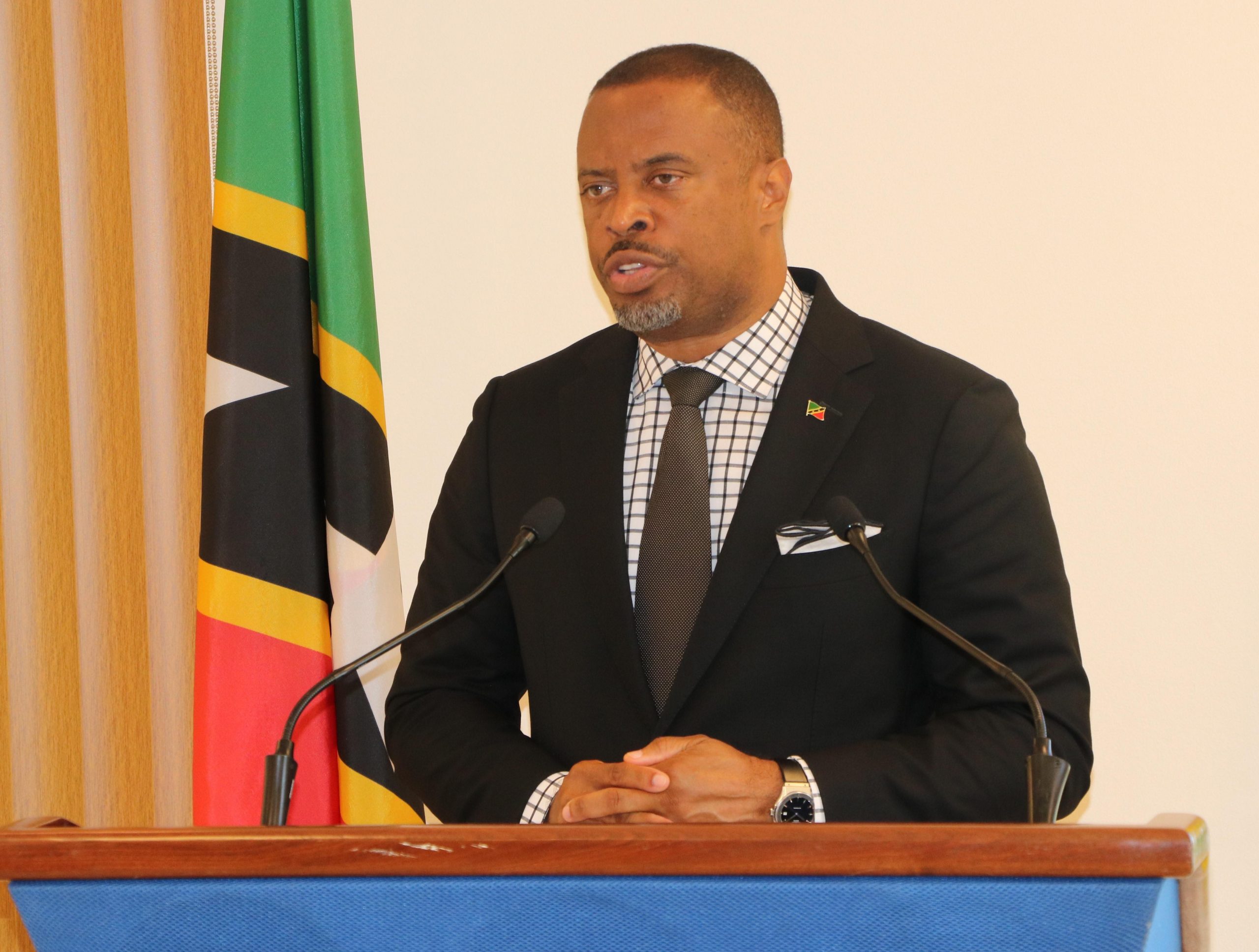 Hon. Mark Brantley, Premier of Nevis and Minister of Energy in the Nevis Island Administration at his monthly press conference in Cabinet Room at Pinney’s Estate on November 26, 2020

NIA CHARLESTOWN NEVIS (November 27, 2020) – The Nevis Island Administration (NIA) is in the process of renegotiation its existing geothermal arrangement with NREI (Nevis Renewable Energy International) that would see consumers on Nevis paying less for the renewable energy when it comes on stream.

Hon. Mark Brantley, Premier of Nevis and Minister of Energy in the NIA, made the disclosure when he gave an update on the geothermal project, during his monthly press conference on November 26, 2020.

He explained that it was previously negotiated that the NIA would get 12.5 percent equity in the project in addition to a 10 percent royalty.  The latest revision of the arrangement, he said, calls for a greater percentage of the savings being passed on to the consumers.

“We’ve had now to go back to look at that because the designation of royalty was not sitting so well with agencies that would provide funding, but funding on the basis that every penny of savings had to be passed on to the consumer.

“So we have had to go back to the drawing board to look and see how we do not dilute the interest of the people of Nevis…but at the same time, we pass on the maximum savings to them.

“I can tell you that based on the negotiations thus far, an initial price per kilowatt hour of US $0.19 has been renegotiated down to US $0.15 and we’re still working to see if we can bring that down even further,” he revealed.

Premier Brantley said based on information he has received, the NIA is going through the final iterations of the revised documentation for geothermal.

“I think that we are making good progress. The piece of that puzzle that was always the bugbear was the financing. The Caribbean Development Bank[CDB] has been very, very helpful to us. They’ve been involved with us now and we have a new company involved called Albioma, and of course the holder of the concession for Nevis is a company called NREI…

“They have been working along with a local group headed by our Legal Adviser Hélène Lewis, also Dr. Ernie Stapleton, Permanent Secretary in the Ministry of [Public] Works, and Minister Spencer Brand who is the local minister.

“So there’s been an ongoing discussion that has also included NEVLEC [Nevis Electricity Company Limited], which will be the off taker of the power, and so we are hopeful that after all this delay and all this time we will have some good news to report in short order,” he said.

Mr. Brantley expressed confidence that Nevis will successfully harness geothermal energy in light of the fact that the project is at an advanced stage, and experts have reported that Nevis possesses commercial grade viable geothermal resource.