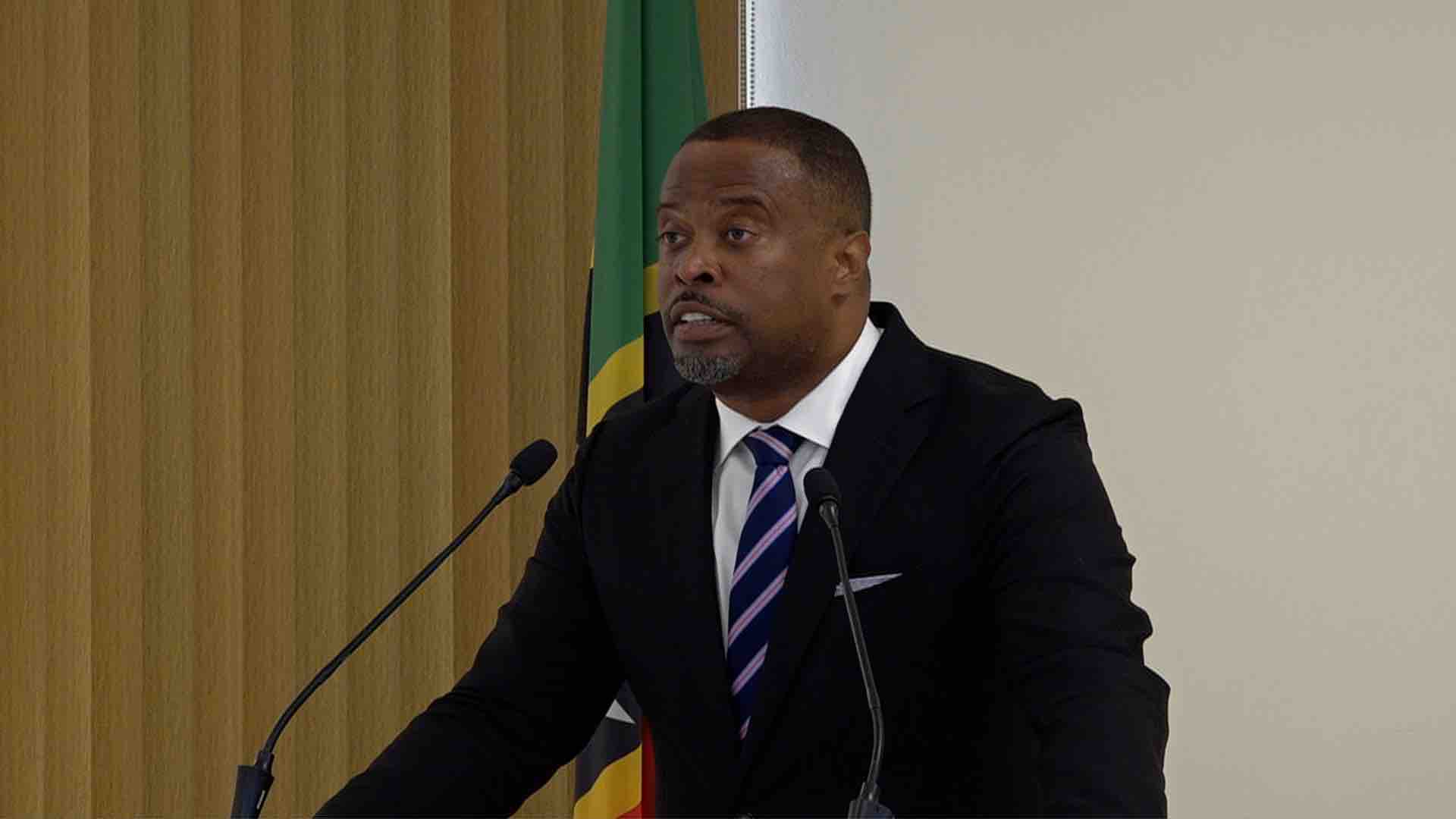 Hon. Mark Brantley, Premier of Nevis, at his monthly press conference at the Cabinet Secretariat on June 25, 2020

The Premier made the disclosure at his monthly press conference on June 25, 2020 at the Cabinet Secretariat at Pinney’s Estate, in response to a question posed enquiring about the status of the NIA’s agreement with B&L Worldwide Ltd., to transform the airport into an international hub.

“B&L had proposed a very ambitious project to create what is called a transportation hub here on Nevis. That was the project that was being discussed. During this period [COVID-19 pandemic], we have written to B&L to say that we would not wish to continue with that project of that scale, and what we are now proposing to do at the Vance W. Amory International Airport is a much-reduced scale project.

“We’ve asked them if they’re so minded to participate in that, where we would want to do some work there to make the airport more viable for private jet traffic and for regional traffic, in particular, rather than what was anticipated for us to create an international hub to bring long haul flights from Europe etc.

“We thought that given the circumstances now, and the uncertainty associated with travel going forward that that would no longer be a wise course, and so we are in discussions with them to scale back what it is they had proposed and to bring other partners into play as well to assist us with a smaller version of what we had initially anticipated,” he said.

Mr. Brantley who is also the Minister of Civil Aviation in St. Kitts and Nevis and the Minister of Tourism on Nevis noted that the project is being tailored to suit the needs of hotels on Nevis.

“We are seeing the hotel sector, the potential for hotels chartering, particularly the big hotels like Four Seasons and have groups for charter and so we are saying that if we can get that done then they can charter directly to Vance Amory as opposed to having to land on our sister island of St. Kitts.

“So, we are looking at those possibilities to do that project and as I said we have so far been able to get some others on board to buy into that particular vision and so we hope to be able to have plans that we can unveil very shortly,” he said.

The Nevis Island Administration through the Nevis Air and Sea Ports Authority had signed a Concession Agreement with B&L Worldwide Ltd. on February 06, 2019, for the development of the Vance W. Amory Airport.