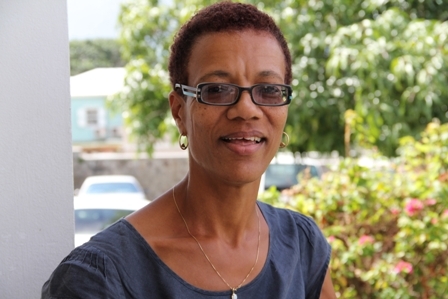 Training Manager in the Human Resource Department, Premiers Ministry in the Nevis Island Administration Ms. Isabel Byron
NIA-CHARLESTOWN NEVIS (February 24, 2012) — At least 10 junior officers in the Nevis Island Administration (NIA) were given the opportunity to sharpen their customer relation skills at a two day workshop which concluded on February 22, 2012. The seminar was hosted by the Human Resource (HR) Department in the Premier’s Ministry and facilitated by Hospitality Training Consultant Ms. Elmeader Brookes.

Training Manager in the Department Ms. Isabel Byron told the Department of Information that  the Customer Service Training Workshop which was held at the Red Cross Building in Charlestown, focussed on new entrants into the Civil Service was the first hosted by the Department for the year with a second session scheduled for February 27 and 28th.

“In both cases we are focussing on persons who have newly entered the Service who have need for this type of training who may not have had much experience yet and who have a lot of daily interaction with the public. Therefore their superiors felt that they were good candidates for such training,” she said.

However, Mrs Byron noted that the Customer Service Workshop would not be the end of training for the new entrants. She explained that the annual orientation sessions which covered a wider range of topics among them Public Servants rights and responsibilities, duties, entitlements was scheduled for March this year instead of April.

“Last year we did a training session of that nature, we had many trainees we had about 40 persons and we had two separate workshops. So because for the Orientation there are many areas to cover relating to entitlements and responsibilities and so on we don’t have enough time to cover Customer Service. 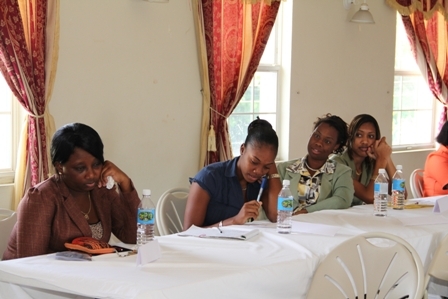 “It is such a critical area, I think, for the Public Service that we feel we should have a separate workshop focussing particularly on that. We weren’t able to have any last year so this year I was very keen that we included that early in the year and we have had a good response so far,” she said.

When questioned about the response of the participants at the Customer service Workshop, Ms. Byron responded that the participants were very vocal about their concerns and that they had realised after all that Customer Service is not simply about the public but how they interacted with their own colleagues and others within the other departments.

“On the whole they have been responsive. Many of them have said and this is often the same comment that is said, they wish their bosses were there too because some of the concerns they feel they could share it, express their own problems and concerns better if the bosses were there.

“Also they feel sometimes we overlook the superiors and we focus only on the junior staff while they feel that many of the bosses and the middle managers need this kind of training as well. I appreciate that and at the same time they may not be able to say these things necessarily always to their bosses directly,” she explained.

Notwithstanding, Ms. Byron was of the view that those seminars brought out the need for other types of training at all levels. She acknowledge that several issues had been identified within the Departments that maybe with time would require a mediator or counsellors to deal with the personal issues that confronted officers.

The recently concluded workshop drew officers from the Social Services, Community Development, Financial Services, Inland Revenue, Information Technology, Statistics and Economic Planning and Physical Planning Departments. Next week’s participants will be drawn from the Alexandra Hospital, Post Office, Agriculture, and Customs among other areas in the Service.

She said so far there had been a fairly good response since the requests had been dispatched to the various Departments but the groups would be kept small to allow more interaction. 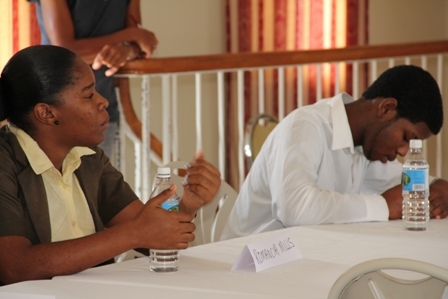 With regard to the more senior staff, Ms. Byron stated that the HR Department planned to target top and middle management with its training efforts.

“We are planning later in the year to have some training for the very top persons Permanent Secretaries and Heads of Departments. We are anticipating a very intensive course for these persons possibly in April,” she said.

The HR Training manager also pointed to other training that was already available and directed at top level management in the Service.

“In terms of Middle Management, we are working with the Open Campus of the University of the West Indies. We have organised the Supervisory Management Course that the UWI offers. It is a 10 week course and many persons who have applied there are persons in that category more the senior persons in middle management who are interested in improving their supervisory skills.

“We are hoping that some of the issues the younger officers encounter may be improved by these persons too having the chance to improve their management skills,” she said.