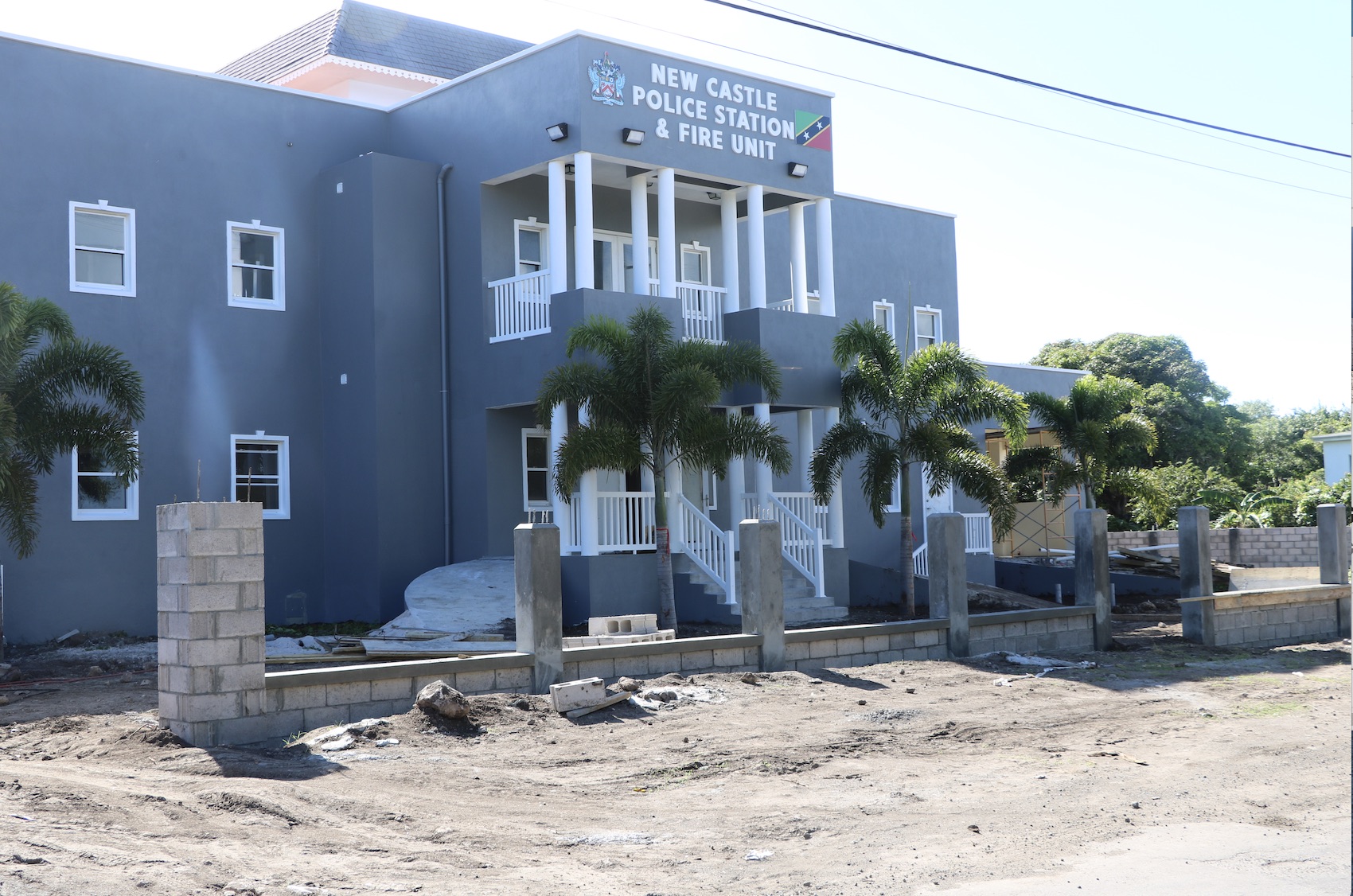 Last minute preparations ongoing at the site of the Newcastle Police Station and Fire Unit along the Island Main Road in Newcastle on November 26, 2020, ahead of its December 03 official opening

Mr. Brantley made the point at his monthly press conference on November 26, 2020, while announcing the planned official opening of the Newcastle Police Station and Fire Unit slated for December 03, 2020.

“I think that it is instructive that the Nevis Island Administration has always demonstrated, and I make the point, this is not a political point that I’m making, that successive administrations – both under the [Nevis Reformation Party] NRP and under the [Concerned Citizens Movement] CCM, we have always stood with the Police.

Mr. Brantley noted that the Nevis Island Administration does not have a budget for national security, however, it is important to take care of the police who work to keep Nevis and Nevisians safe.

“I think we are setting a standard here that I’m hopeful will be maintained,” he said.

The Premier used the opportunity to commend Hon. Alexis Jeffers, Deputy Premier and the Area Representative for St. James’ Parish where the new facility is located, for spearheading the project.