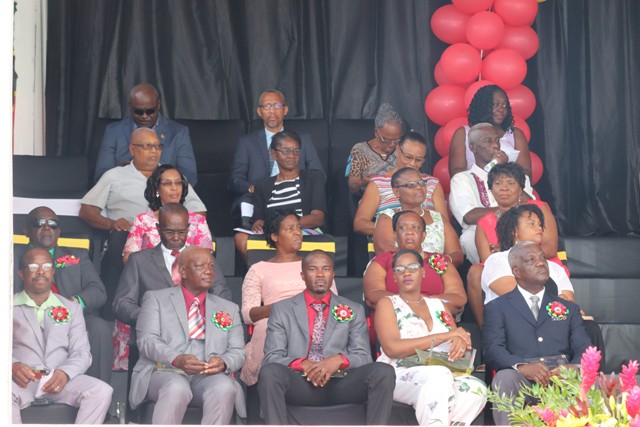 NIA CHARLESTOWN NEVIS (September 20, 2018) — Nine Nevisians were recognised for their contribution to the development of Nevis, at the 35th Anniversary of Independence Ceremonial Parade and Awards Ceremony at the Elquemedo T. Willett Park on Wednesday, September 19, 2018.