He was at the time delivering remarks at a ceremony moments before handing over medical equipment valued just under US100, 000 to the Nevis Island Administration’s Ministry of Health, on behalf of the Board as part of its annual donation to Nevis.

“There is nothing more important than your health individually and as a nation. Without health you can do nothing you can go nowhere and so we want to continue in Social Security to promote good health,” he said.

According to Mr. Condor, though Social Security stood to benefit from the donation, their reason for such a gift was not a selfish one but instead was done out of generosity and good heart.

The Minister also spoke to the Social Security programme and gave a brief historical background of the Board’s partnership with the Nevis Island Administration. 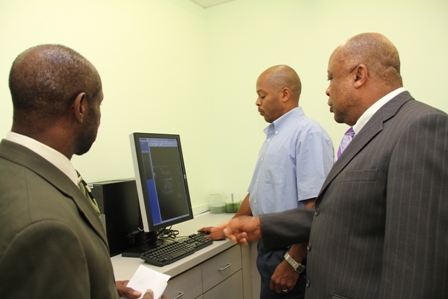 “Prior to that it came from the Federal Ministry of Health and so this is something that the Government is extremely interested in and will continue,” he said.

Mr. Condor described the Social Security as the most important institution on the island and the best in the Eastern Caribbean and noted that if the organisation was nonexistent it would have to be created.

Notwithstanding, the Social Security Minister noted that the organisation wanted to continue to improve the health of the nation so that St. Kitts and Nevis could continue to grow as an independent island.

He pointed to a number of donations that Social Security had made to the Ministry of Health on Nevis among them in the area of dental care mobile unit, a solid waste truck, training for staff, operating theatre equipment, chemical analysis equipment, a computer for the Pharmacy Department, expansion of health centres, a printer to the Health Promotion Unit and their newest gift a Picture Archiving and Communication Systems (PACS). 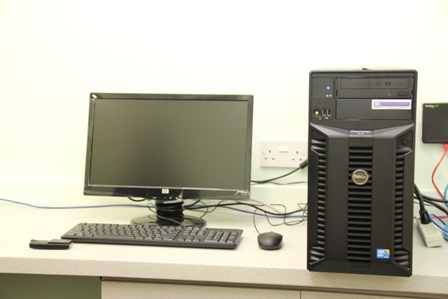 The Federal Minister said there was no better time than the Christmas Season to present the gift to the NIA.

“We are extremely pleased that we are giving this equipment at this time. We note this is a time of giving, Christmas time a time of sharing and caring. So we think there is no better time of the year than to come to share these gifts with the people on the island of Nevis specifically in the Ministry of Health…

“As we celebrate and give these gifts that will continue to improve the health of our nation, we want to in Social Security, to remind you of the reason for the season and to hope as you celebrate and look forward to the new year that we will go in good health, prosperity, good welfare, justice and unity as a people and that we will continue to build ourselves an independent and strong nation,” he said.