St. Kitts and Nevis Tourism Officials (left) Chairman of the Board of the Nevis Tourism Authority Ms. Keisha Jones, (third from right) Advisor to Tourism in the Nevis Island Administration Mr. Alastair Yearwood and (right) Chairman of the Board of Directors of the St. Kitts Tourism Authority Mr. Alfonso O’Garro at a meeting with a potential Dubai investor (middle) on November 07, 2012, at the World Travel Market 2012 in London

NIA CHARLESTOWN NEVIS (November 07, 2012) — Officials of the Nevis Tourism Authority (NTA) remain confident that their representation at the ongoing World Travel Market (WTM) in London, will reap future rewards for the Tourism Sector on Nevis.

In a brief telephone interview with the Department of Information on November 07, 2012, the Authority’s Chief Executive Officer Mr. John Hanley and Advisor to the Nevis Island Administration Mr. Alastair Yearwood confirmed that they had exposed Nevis’ tourism product to the international media.

“I must say that World Travel Market has been very successful this year. We have been able to get the opportunity to meet over 30 journalists and many other media professionals.

“We have had regular appointment sessions here at the WTM venue which is the London Excel. This morning we had a new function which was a breakfast co hosted by the St. Kitts and Nevis Tourism Authorities and it involved a cable car ride across the River Thames and breakfast at a London Caribbean based restaurant and it was very well received. We are confident that all of our efforts in London will result in positive press coverage,” he said. 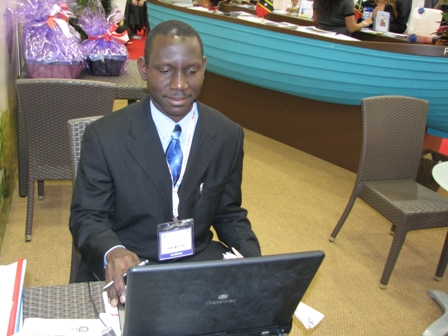 Mr. Yearwood also stated that they had also been exposed to new advances in technology that would help the Tourism Sector on Nevis.

“We are here at the World Travel Market and it is actually been busy which is a pleasant surprise. We have been making useful contacts with trade, press and media and also gaining experience about the technology that’s now here to support the hotel industry and the tourism industry in general.

“So all in all I think it’s a very successful trip and hopefully we will see bookings increase in the coming years,” he said.

The NTA is being represented by a four member delegation made up of Mr. Hanley, Mr. Yearwood, their United Kingdom Marketing Manager Ms. Judy Claxton and Chairman of the NTAs Board of Director Ms. Keisha Jones. 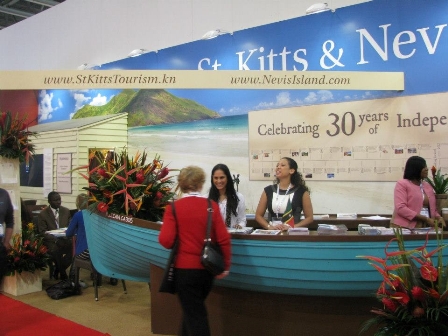 The World Travel Market 2012 which commenced on November 5th will conclude on the 8th. During the event the NTA and the St. Kitts Tourism Authority have been sharing one booth which they said had been working to their mutual benefit.