Lester Blackett, Technical Director of the 25th Gulf Insurance Primary School Championships and President of the Nevis Armature Athletic Association (file photo)
NIA CHARLESTOWN NEVIS (APRIL 04, 2017) — The 25th edition of the Gulf Insurance Primary School Championships on Nevis dubbed “Mini Olympics”, commences on March 04, 2017, with a parade of athletes through Charlestown. The official opening ceremony is expected to follow at the Elquemedo T. Willett Park.
The games begin promptly at midday, one day later, on March 05 with eight schools competing in Class A and Class B. Participants are from the Charlestown, St. Thomas, Violet O. Jeffers Nicholls (VOJN), St. James, Joycelyn Liburd, Elizabeth Pemberton, Maude Crosse and Ivor Walters Primary Schools.
Lester Blackett, Technical Director for the event and President of the Nevis Armature Athletic Association (NAAA), says the championship continues to grow and this year would be no exception. He said the technical aspects of the contest is second to none in terms of meets in the Leeward Islands and in other parts of the Caribbean.
“In fact the Gulf Insurance Primary School Championship is the first meet to ever do streaming in the Caribbean. We generally have been almost ahead of almost all the other islands in terms of providing technical support,” he said.
According to Blackett, Nevis is the first to provide live television for the sports meet and live streaming for the past 25 years.
“We do live television. I think we are probably one of the first to do that. We do live streaming. We have been doing live streaming for probably 20 years. The meet that is coming up is the 25th but for all 25 years we have been trying to get cutting edge information, cutting edge technology,” he said. 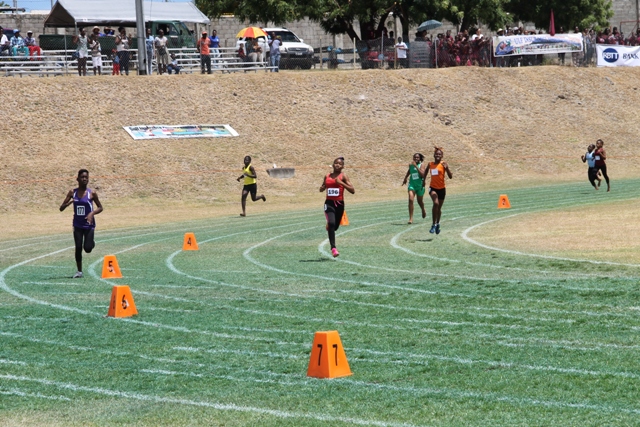 For this year’s Championships, he said, patrons can expect an ever greater level of technology with the addition of a mega size screen, slow motion and freeze frames, an enhanced public address system and information readily available via cell phones.
Blackett used the opportunity to thank Gulf Insurance for their 25 years of sponsorship and their local agents A. L. Evelyn Limited, athletes, parents and members of the public for their unwavering support of the event.
The Championship is also being sponsored by the Nevis Island Administration through the Ministry of Education and the Ministry of Youth and Sports. In recent years the Deputy Governor General His Honour Eustace John, declared the day of the games a public half-holiday in an effort to maximise attendance at the event.