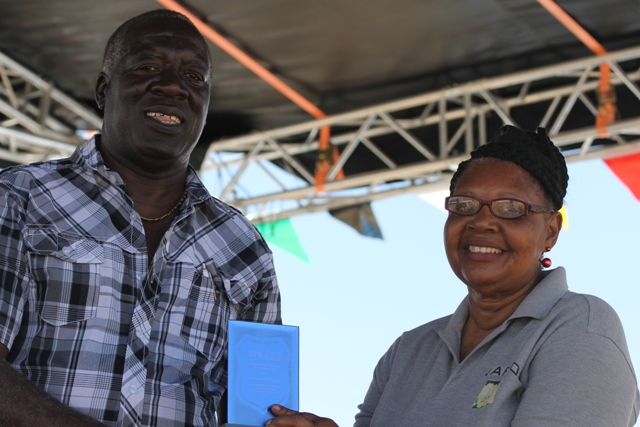 “Some of the most outstanding  ones include the development of shade houses at the Ministry of Agriculture and at the primary and secondary schools on Nevis, the development of your agro-processing facility and the training of agro-processors, support to the Nevis Growers’, the New River Farmers and the Bee-Keepers Association,” he said.
Mr. King noted that for the most recent project, they are actively working with the Ministry to obtain a machine to assist in utilising many of the mangoes which go to waste on Nevis.
He said all IICA’s efforts on Nevis, have helped several farmers, agro-processors and bee keepers to develop and expand their enterprises. 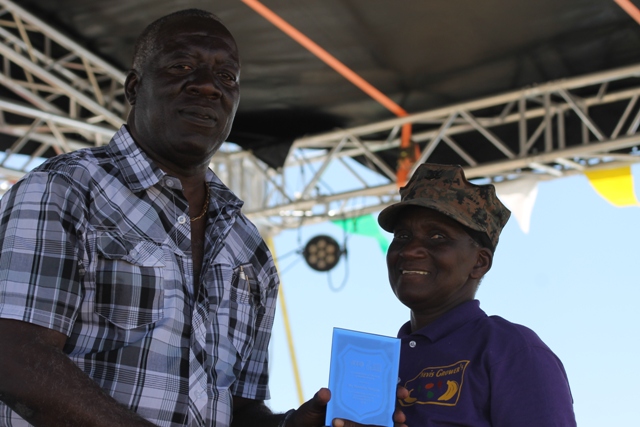 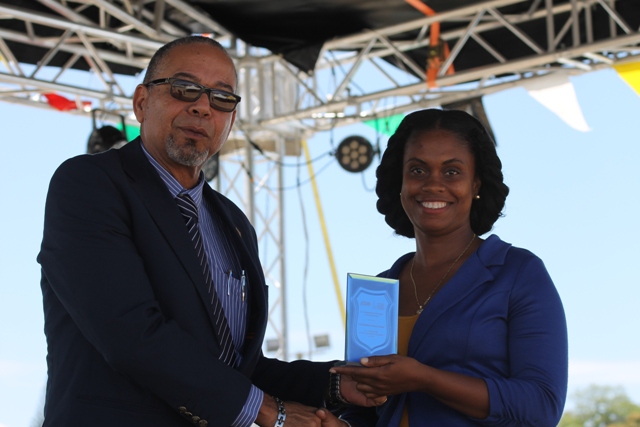 Each honouree was presented with a plaque by Augustine Merchant, IICA Coordinator for the Delegation in St. Kitts and Nevis. However, Mr. King presented the CPS Principal Ms. Latoya Jeffers with a plaque on behalf of the school.