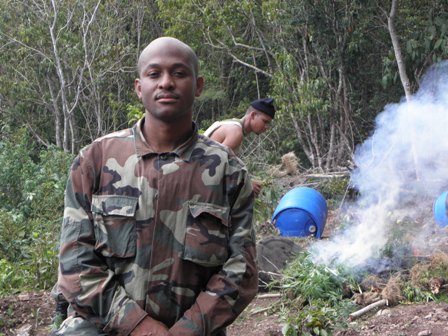 CHARLESTOWN NEVIS (March 30, 2010) – A total of 562 high breed marijuana plants were uprooted and destroyed by members of the Special Task Force, Nevis Police Division in the heights of Nevis on Monday. Officer in charge of the eradication operation Corporal Irvin Bradshaw made an appeal to the youths of Nevis.

“I am appealing to the general public, the young people in particular, to stop getting involved in criminal activity especially drugs because it is just a waste of time. It is a sad situation to see that the community would be just wasted [and] our young people can’t even contribute something valuable back to the community,” he told the Department of Information during the operation.

According to the Officer, the find was the first of its kind they had stumbled on for the year so far, in their quest to rid the island of the illicit drug.

He said the plants on the farm were in a juvenile stage (three months) and ranged from 1-5 feet in height with an estimated street value of EC$6,000. 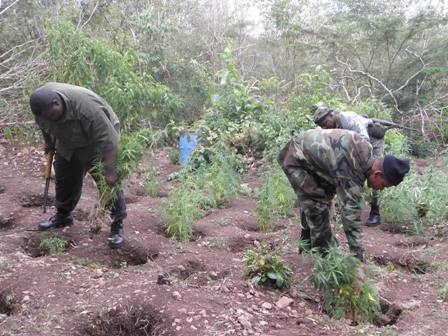 Officers of the Special Task Force, Nevis Police Division uprooting the juvenile marijuana trees in the heights of Nevis

Corporal Bradshaw used the opportunity to thank his team mates for their tireless effort.

“I just want to commend the guys in the Task Force who work with me especially my supervisor Inspector Wilkinson. The guys continue to work hard and show that they are interested in the job and continue to uphold integrity,” he said. 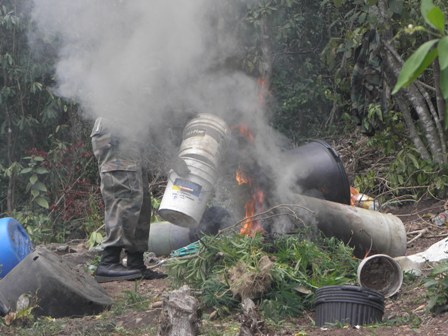