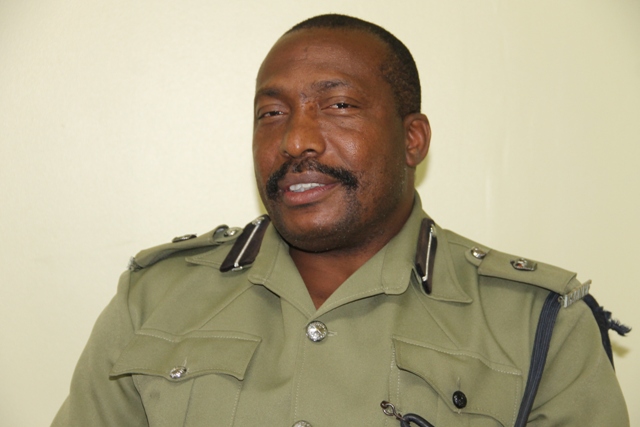 Mr. David told the Department of Information on September 05, 2018, the police took that course of action as of August 27, 2018, after mounting concern for the safety and security of the public and vehicle owners who come to the capital on a daily basis.

“We have seen cooperation by all vendors. Vendors that I normally see on the road, I no longer see them there… I want to thank everyone who have cooperated with the police in terms of having received the letter and they complied.

“We have realised, having since issued the letter, traffic flow tends to be much better… There are no impediments of persons being on the side purchasing or even for parking, so you have a little extra parking area,” he said.

The letter issued to vendors on August 24, 2018, signed by the superintendent, refers to Section (3) of Chapter 8.01 of the Vending Prohibition Ordinance which prohibits vending on the streets, sidewalks, public squares and any other public areas in the island’s capital.

Guided by the ordinance, the police warned vendors to immediately desist from doing business in the prohibited places and warned persons who act in contravention of the law, under Section (5) of the same chapter, commits an offence and is liable, on summary conviction, to a fine not exceeding $1,000 or to imprisonment for a period not exceeding three months.

The senior police officer said their enforcement of the law is not intended to prevent anyone from earning an income because persons have depended on vending in Charlestown for a living for many years.

“We are saying, yes, everyone has to be employed. Everyone has a right to earn their money legally but in the end, we also have a law that has been violated and as a result, we realised the dangers that came about and we have rectified it,” he said.

Meantime, the Nevis Island Administration (NIA) threw its support behind the police to enforce the law. Hon. Mark Brantley, Premier of Nevis, made that position clear at his press conference in August 2018.

He said Nevis is not a lawless country and as such the police should enforce the laws of the land.

“I want to make that very clear, and I have said to the police high command at our regular meetings, that we want the laws of the island enforced… I applaud the police because the police are enforcing the law. That’s what they are doing… We must, as a society, support what is right and support the law enforcement and the police in doing what is right,” he said.

Vending by food vendors in Charlestown on Fridays and Saturdays continue to be permissible but consent must be granted by the relevant authorities.