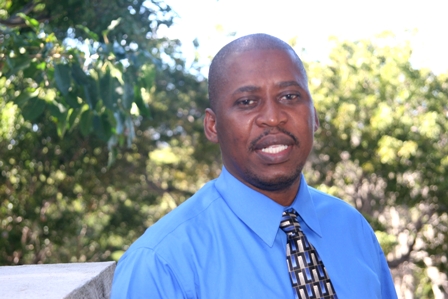 The power supply on Nevis was expected to return to normalcy shortly but General Manager of the Nevis Electricity Company Ltd. (Nevlec) Mr. Cartwright Farrell said the steady supply would come as early as Wednesday July 23, 2004.

During an interview with the Department of Information on July 22, 2008, Mr. Farrell apologised to the public for the recent spate of power outages experienced in various sections of the island and blamed them on electronic glitches at the Prospect Power Plant.
“Nevlec would like to apologise to the general public for the recent spate of outages we have experienced over the last recent weeks. We have been experiencing some electronic problems at the power station associated with the two largest sets. The problem has been that they have gone off every instance while they were carrying quite a significant portion of the island’s load and that has made it impossible for the smaller engines to carry the entire portions. So we have had to relieve some of the load, to avoid the whole island coming down in a cascade,” he said.
Mr. Farrell suggested that a recent lightning storm may have compromised the electronic systems on the Plant’s two main generators but a final report had not been submitted on the matter.
Meanwhile an expert on one of the engines under review had flown in from Florida
“We have had somebody come in for the Genertek engine from Engine Systems Inc. in Florida. He has looked through it and he is satisfied that we have made all the corrections that need to be made and the generator has been on load since and it’s been working well so far,” he said.
Mr. Farrell added that another engine was receiving attention and the necessary remedial measures had in put in place toe ensure full service.
“On the Wartsila #8 generator we have made some corrections ourselves with our in-house technical team. We are monitoring it as we go along but also we have a Wartsila engineer coming in sometime today or tomorrow to run checks on the engine, to ensure that it is pretty good. We are certain that it will be back to normal by tomorrow,” the General Manager said.
He further explained that due to the engines built in protective mechanisms which shut down whenever a fault was detected, it was difficult to tell when an engine would go out of service and therefore impossible to inform the public ahead of such outages.
Meantime, Mr. Farrell appealed to motorists, in particular truck drivers, to navigate the roads with caution, as collisions with electrical polls was the leading cause of power outages on the island.
Notwithstanding, Mr. Farrell explained that the island’s peak demanded 8.7 megawatts of electricity and Nevlec had the capacity  to supply 13 megawatts at present, so there was no question whether with regard to the Company’s ability to supply the island’s electricity needs at this time.