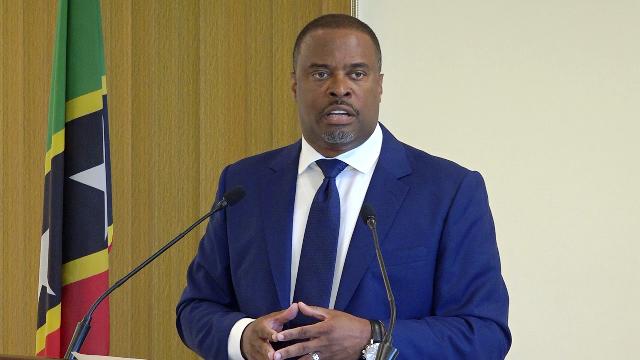 NIA CHARLESTOWN NEVIS (September 05, 2019) — Hon. Mark Brantley, Premier of Nevis is reassuring Four Seasons Resort, Nevis, workers who are affected by the temporary closure of the hotel that they will be returning to work shortly.

The Premier made the disclosure at his monthly press conference held at Cabinet Room at Pinney’s Estate on September 5, 2019, following a telephone conversation earlier that day with the resort’s General Manager Mr. Gonzalo Gëlman Ros.

“He indicates that the resort opens on October 1st and that while they will still have some other work to do…they would be receiving their first guests by October 4th, and I believe that is good news for Nevis… I am grateful for that news and to God be the glory. I trust and hope that this long difficult summer is now really and truly over for those workers at the Four Seasons,” he said.

Mr Brantley explained that the resort’s general manager explained that workers are returning to work in September to facilitate a massive retraining exercise.

“He has advised that they are going to do that in two tranches, one starting on September 16th and the other starting sometime I believe around the 23rd or thereabout of September,” he said.

The Premier who is also the Minister of Finance in the Nevis Island Administration (NIA) said he is grateful for the news and is hopeful that the financially difficult summer for the more than 300 workers would soon be over.

During that period the resort paid the workers 25 percent of their salaries. The resort’s homeowners chipped in US$150,000 and the NIA EC$368,000 to assist the workers while they were out of work.