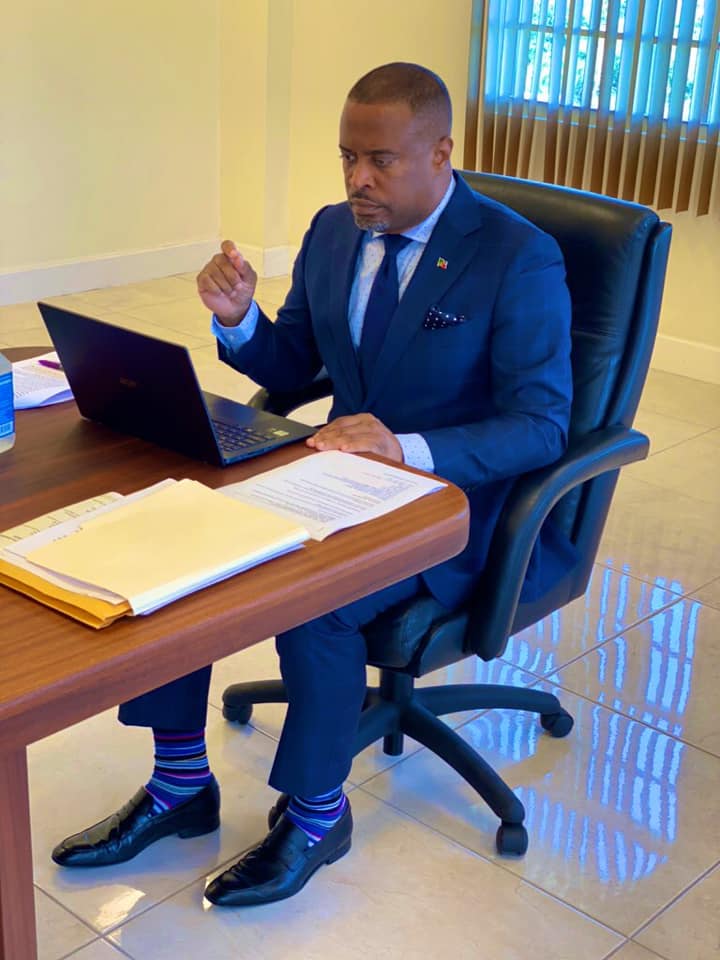 Hon. Mark Brantley, Premier of Nevis and Minister of Finance in the Nevis Island Administration

NIA CHARLESTOWN NEVIS (March 25, 2021) – – Hon. Mark Brantley, Premier of Nevis continues to go without a salary, one year after foregoing his monthly pay in a show of solidarity with Nevisians who lost their jobs due to the COVID-19 pandemic.

The Premier, who holds the Finance portfolio in the Nevis Island Administration (NIA), gave up 100 percent of his salary, including allowances, in March 2020, with the onset of the pandemic in the Federation of St. Kitts and Nevis.

He spoke on the issue at his monthly press conference on March 24, 2021.

“In relation to me and salary, it’s now been over a year I have not collected a salary.

“I’ve still not collected a salary because I said that I believe that as Premier of Nevis I have to continue to show some solidarity with our people.

“I recognize that our people are still struggling and while this is a symbolic gesture I think it’s an important symbolic gesture, so my salary is still in abeyance,” he said.

Mr. Brantley made it clear that he has no intention of collecting any lump sum of back pay in the future.

He also indicated he was not in a position to say when he would resume getting paid as the island and wider Federation continues to struggle financially from the economic fallout caused by the pandemic.

“By abeyance I don’t mean I’m stockpiling it to collect it all at once- it’s gone. I’m not collecting it. I did say I would not collect it until we could say that this pandemic was behind us. So I’m hopeful that we can say that soon, but until then, the position remains the same.

“It’s certainly something to which I am entitled but something which I decided to forego at this time, over this period, because I think there’s real difficulty in the community.

“As Premier and Minister of Finance I can tell you there’s real difficulty in terms of government finances, and so I think that leadership must lead and that is what I am seeking to do,” he stated.