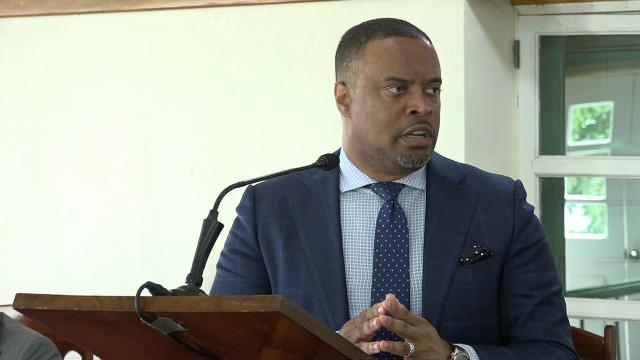 NIA CHARLESTOWN NEVIS (February 28, 2019) — Hon. Mark Brantley, Premier of Nevis and Minister of Finance, has called on those involved in the Financial Services Sector to make comments on a new bill which will replace the Nevis International Exempt Trust Ordinance Chapter (7.03) which has been in force since 1994.

Mr. Brantley made the request at a sitting of the Nevis Island Assembly on February 28, 2019, while tabling the Nevis International Exempt Trust Ordinance 2019 and seeking to have it read a first time.

“The government, in exercising its prerogative in laying the bill for its first reading, is seeking to allow and facilitate the widest possible public comment within the parliamentary legislative process. It’s an example of good governance at work, something we promised, and the period between the first and the second reading…would allow those interested, particularly those in the Financial Services Industry, to review, consider the bill, consider the implications and make their comments.

The Premier noted that they were seeking to have specifically those in the Financial Services Sector involved by contributing to the final product.

“Too often we hear from those directly affected by legislation that they didn’t know, they didn’t get an opportunity to consider, they weren’t aware and so I am sending a clarion call this morning to say to those, particularly in the Financial Services Sector, that this bill shortly entitled The Nevis International Exempt Trust Ordinance 2019, is being laid in the House for a first reading, and we are encouraging one and all to make their comments, and to consider the implications of this very important bit of legislation,” he said.

Mr. Brantley believes the legislation is central to the Financial Services Sector. He noted that the existing legislation has been tweaked and amended but steps are being taken to have it replaced.

“The bill seeks to repeal and replace in its entirety the Nevis International Exempt Trust Ordinance Chapter 7:03), the law which has been in force since 1994, and to introduce several substantive amendments making provisions for law relating to international trusts, qualified foreign trusts and for matters incidental thereto or connected therewith.

“This new ordinance will also seek to update and modernise the legislation in keeping with the international trends and standards in the financial services industry,” he said.