(CHARLESTOWN, NEWS–Monday, June 14th, 2010) The Island of Nevis’ summer festival – Culturama is quickly approaching and the six young ladies vying for the prestigious title of Miss Culture Queen Pageant 2010 and the eight contestants who will vie for the Miss Culture Swimwear Pageant, met with the Premier of Nevis, Hon. Joseph Parry at his office at the Bath Hotel recently.

Premier Parry greeted each contestant personally and enquired about their future goals.

“I hope all of you ladies use this contest as a stepping stone  for bigger and better things  to come also I wish you much success in all your future endeavors,” Mr. Parry said.

The six Culturama contestants wore casual wear as they met the Premier, posed for pictures and they took part in a video exercise and news clips with Nevis Television (NTV).

Meanwhile, Queen Pageant chairperson Mrs. Nicole Lawrence said the show this year will be a showcase of class, talent and pizzazz as this year there is a new twist with the introduction of the Miss Culture Swimwear Pageant contestants.

The Miss Culture swimwear pageant will take place on July 25th, and the Queen Pageant is slated for August 1st.

The Pre-Culturama activities commence from June 04 and will conclude on July 17th, while the Culturama Festival’s official calendar of activities will commence on July 22nd and end on August 17th. 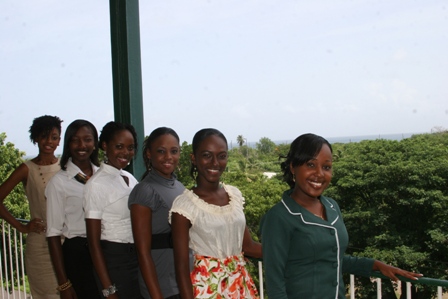 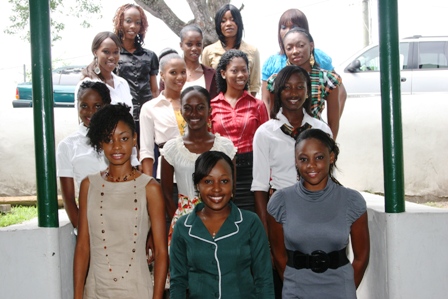