Powell completed the feat with an innings of 110 on the fourth day of the opening test against Bangladesh at the Shere Bangla National Stadium in Mirpur, Bangladesh, following his 117 in the first innings, to join the illustrious company of George Headley, Everton Weekes, Clyde Walcott, Sir Gary Sobers, Rohan Kanhai, Lawrence Rowe, Gordon Greenidge and Brian Lara.

A proud Nevisian Premier, the Hon. Joseph Parry said he texted the 22-year-old Nevisian opener, congratulating him on the amazing feat, and telling him: “What an illustrious company to be in, and you are the first Eastern Caribbean cricketer joining eight (8) other outstanding West Indian men who made two hundreds in one match.” 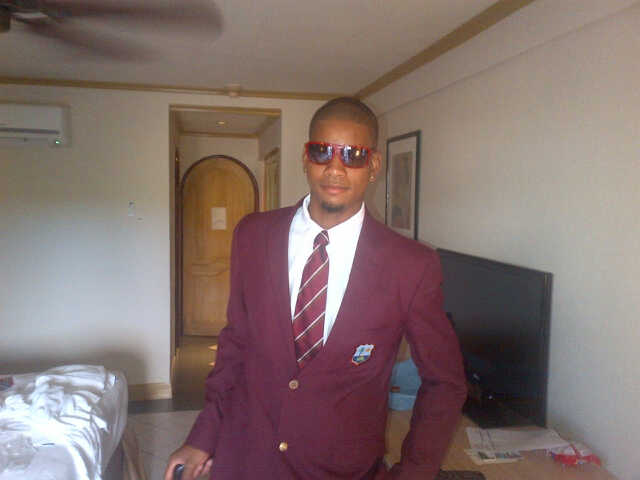 He is only the second opener to achieve the feat, joining Barbadian Gordon Greenidge who reached the landmark against England in England in 1976, 36 years ago. He is only the third left hander, joining Sir Gary widely regarded as the greatest all rounder of all-time, and peerless double record holder Brian Lara.

Powell’s second innings 110 anchored his team to 244 for 6, 215 runs ahead, and helped set up an intriguing fifth and final day.

Bangladesh’s Shakib Al Hassan was hit by Powell for a towering six before reaching his hundred with three consecutive boundaries in one Rubel Hossain over. He hit 12 boundaries off 197 balls and 12 boundaries.

According to www.cricketcountry.com, Powell showed delight on reaching the milestone. 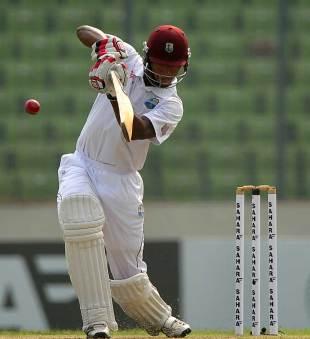 “This was a perfect opportunity to do something like this,” Powell said of becoming the ninth West Indian to hit two centuries in a test.

“I am not too sure how often it happens, but I am very happy it happened to me,” said a very pleased Powell.