The Hospital’s Chief Medical Officer Dr. John Essien made the disclosure of the project’s advancement on November 14, 2012 in an interview with the Department of Information.

“The project commenced in earnest three weeks ago and we are being told by the persons in charge of construction that they should be ready towards the end of the month. It looks like it’s on schedule and we are hoping that it will be ready for use,” he said. 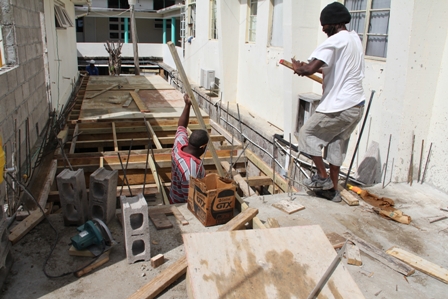 According to Dr. Essien, the Urology Centre would be an addition to the Hospital and would tend to the needs of persons with issues of the bladder, kidneys and in the case of men those who had issues with their prostate.

“Thanks to the help of Dr. Dwayne Thwaites, Specialist Urologist, he would be the one at the forefront of the service. He would be carrying out the different types of operations that would be needed to treat these cases,” he said.

Dr. Essien regarded those surgeries as being often times expensive and involved the use of sophisticated equipment most of which was already on island.

“We are happy to say that we have majority of those equipments here on site. So once the construction is done we will be ready to go,” he said. 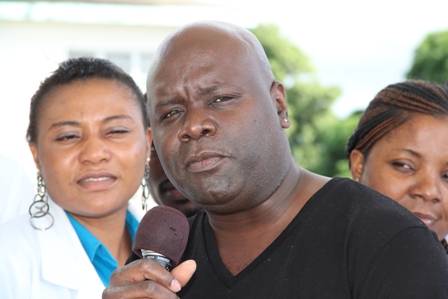 Word of the Urology Centre for Nevis surfaced in January 2012, when then Minister of Health in the Nevis Island Administration Hon. Hensley Daniel, said the Ministry of Health had been working closely with Dr. Thwaites to establish the centre.

He also stated that critical equipment including the Green light Laser which was used to vaporise the prostate had already been purchased. He said that vital piece of equipment was only available elsewhere in the Caribbean in Cuba and Barbados.

“Also we have an Electrohydraulic lithotripsy (EHL) machine which allows you to break up gallstones and we have a Resoscope. What we are working to now is to establish a full suite so that we can engage persons from outside Nevis especially in the OECS sub region to do urological care here on Nevis,” he explained. 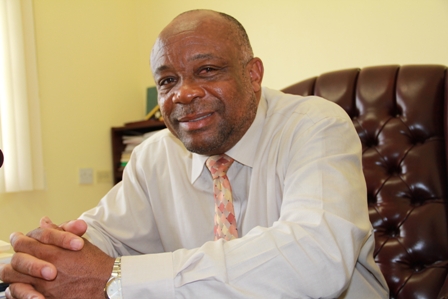 Dr. Thwaites who also spoke to the Department then at the end of a prostate examination clinic said there was need for a Urology Centre on Nevis as he had seen an increase in the number of persons who had been attending his annual prostate screening clinic over the past four years.

He said the NIA would be assisting in the establishment of such a facility and once it had been set up several different urological procedures could be conducted.