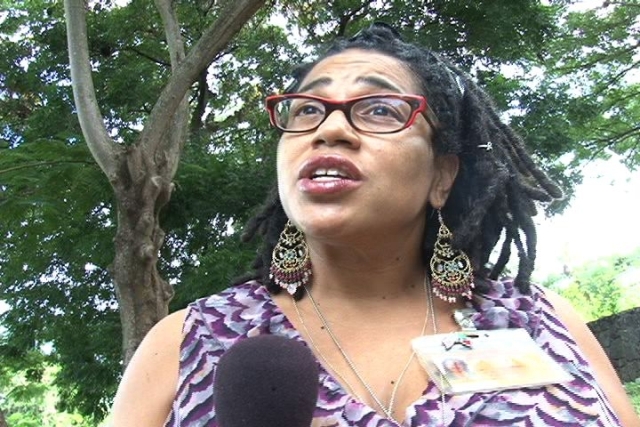 Family Services Supervisor/Counsellor Mrs. Halima Gresham told the Department of Information on November 14, 2012 that the guilty verdicts were gratifying given that the issue had been considered taboo in Nevis for many years.

“Well most recently I would like to say thank God we have been successful in the High Court most recently. We had a guilty verdict with an indecent assault charge on a very young child of tender age years and we also had a father plead guilty to incest.

“I would say that two convictions in one week with something that was so taboo but needed to be addressed is a blessing that in Nevis, individuals are standing up and saying their children are special and they should not be abused,” she said.

Mrs. Grisham thanked God for the Nevisian Public and their willingness to now address the issue of crimes against children.

“When we all work together for the good of the children, we will be successful in ensuring child safety in Nevis. We are moving forward and never moving back so I hope that we can always work together and that everyone keeps an eye on the child,” she said.

Meantime, the Family Services Supervisor said the Department was actively working with regional and international entities for the continued protection of the children of Nevis.

She noted that plans were afoot for the implementation of The Eye on the Child, an awareness campaign which was initiated by the Caribbean Women’s Association (CARIWA) in conjunction with the United Nation’s Children Fund (UNICEF) and the United States Embassy based in Barbados.  However, there had been setbacks for the planned 2012 launch on Nevis and had been rescheduled to 2013.

“Due to the busy election in America, with the re election of President Obama the US Embassy is very, very busy right now and Ms. Bowen the President of CWA is travelling to countries in South America the scheduling conflicts are not conducive to launching the Eye on the Child campaign as we had hoped and prayed would be launched in October 2012.

“However the US Embassy has contacted me and promised me that they will launch this campaign however it won’t be launched until 2013. So that’s where we are right now with the Eye on the Child campaign,” she explained.

Mrs. Grisham pointed out that the Department of Social Services had recently received confirmation that despite the setbacks the programme would be launched in Nevis.

“Premier Parry and officers from our Ministry, the Permanent Secretary [Ministry of Social Development] Mr. Alsted Pemberton, the Director [Social Services] Ms. Sandra Maynard and myself we met with delegates from the US Embassy and Ms. Marilyn Rice Bowen from CWA and UNICEF representative Ms. Heather Steward and they promised to link together and launch the Eye on the Child campaign,” she said.

The Social Services Official said the planned programme on Nevis was one which served for unification of the islands of the Caribbean and the people of Nevis to keep eye on children. She said with the campaign, the responsibility of protecting children would no longer be the sole responsibility of the Department but all who were involved in children including the Education Department, Community Affairs, and church organisations would all keep eyes on the island’s children.

She further explained that so far the Department had held multiple meetings at the Red Cross Building in Charlestown and had formed a committee of various individuals within the community.

According to Mrs. Grisham, together they would develop a creative approach and had already proposed some activities they would facilitate through the Programme in 2013.