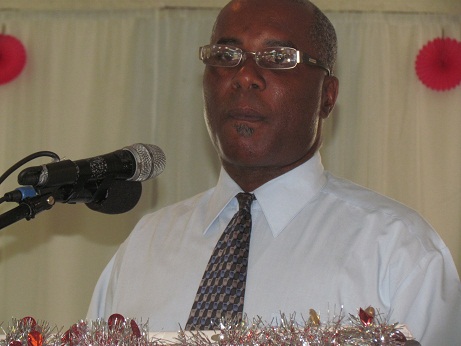 Permanent Secretary in the Ministry of Social Transformation, Mr. Alstead Pemberton
Charlestown, Nevis (Thursday, October 4th, 2012) — Premier of Nevis, the Hon. Joseph Parry celebrated with over 200 Seniors on Nevis when the Department of Social Transformation hosted a luncheon in their honor on Monday (Oct.1) at the Occasions Entertainment Center at Pinneys.

Premier Parry used the occasion to laud the tremendous work of the Department, and that of the former Minister of Social Transformation, Mr. Hensley Daniel, who he said, “has worked tirelessly for the Seniors on Nevis.”

Mr. Daniel received thunderous applause from the Seniors when he later put in an appearance at the luncheon, and when his name was mentioned in remarks both by the Premier and Permanent Secretary in the Ministry of Social Transformation, Mr. Alsted Pemberton.

Mr. Pemberton said Mr. Daniel has earned a reputation as a man who has developed far-reaching programs for the elderly, and who has made the lives of Senior Citizens in Nevis more “vivacious”. 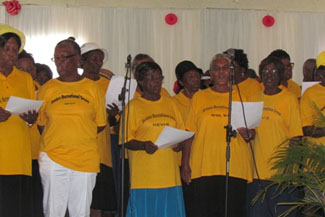 “There is no doubt that the DNA of Hensley Daniel is all over the programs for Seniors in Nevis, and he deserves to be highly commended for his work”, Mr. Pemberton said.

Widely regarded as the most dynamic Minister of Social Affairs in the 29-year history of the Nevis Island Administration (NIA), Daniel has helped introduce a wide variety of programs for Seniors, not seen on the island before. He is also equally revered by the young, for his youth initiatives, and highly acclaimed by his peers around the region.

Mr. Pemberton made mention of the celebration of Seniors on television on important landmarks (birthdays), the establishment of a Seniors steel pan orchestra, the home-care program, and a Seniors recreation program in all the parishes on Nevis, which see them occupying newly-built community centers to engage in a variety of activities, or go on field trips around the island or to neighbouring St. Kitts.

“Clearly I could go on and on about the commitment and dedication of the man behind all of this – Mr. Daniel – but I don’t need to, because the evidence is there before you,” commented Mr. Pemberton to an avalanche of applause from thankful seniors. 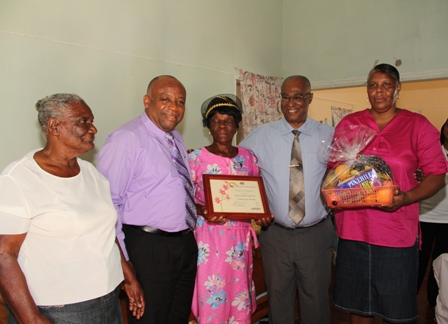 His programs have helped Nevisian seniors avoid the boredom of being set aside at home, and allowed to age gracefully in their twilight years, while fully integrated into the society.