Daniel resigned from the Nevis Island Administration Cabinet on Monday, August 27, hours after the verdict in the Nevis Election Petition Appeal Case was handed down by teleconference in the Charlestown Court House on Monday morning. The Appeal Court declared the July 11, 2011 elections in St. John’s, Nevis 2, a seat previously held by Mr. Daniel, null and void.

Daniel widely regarded as one of the most dynamic ministers in the 29-year history of the Nevis Island Administration, and among the best in the region, held responsibility for Health, Gender Affairs, Social Development, Youth and Sports, Community Affairs, Trade and Industry, Licensing Unit and Culture. His popularly-acclaimed social programs have impacted Nevisians from the “womb to the tomb”, and transformed Nevisian society. Among them: the Homework Attachment Program, an impressive Senior Citizens Program, and Youth Empowerment initiatives.

During an interview with the Department of Information Wednesday, Premier Parry said that Mr. Daniel was in good spirits, and had already hit the campaign trail in St. John’s Constituency, which he has represented so ably since July 2006. He said he is anxiously awaiting the election bell.

Making the clarion call that he needed the “action minister” in his government, a confident Premier said, “whenever the election is called Mr. Daniel and the Nevis Reformation Party (NRP) will be ready.”

Premier Parry described as erroneous the allegations being peddled by some misguided and self-serving people that there is no government in Nevis. He assured residents and citizens of Nevis that the Nevis Reformation Party-led Administration is in government, and will remain there to govern the affairs of the island until the appropriate time. 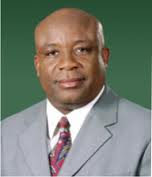 “Let us debunk the thought that there is no government in Nevis. There is a government that the people elected, and no political party can force the government to call elections before they are ready”. He was clearly alluding to the Constitution of St. Christopher and Nevis, the highest law of the land, which prescribes that once a seat is vacated, elections must be held within ninety (90) days.

The Premier called on the people of Nevis of all political persuasions to conduct themselves professionally, and said that the Concerned Citizens Movement (CCM), and Mark Brantley in particular (a lawyer), must not be allowed to intimidate by doing or saying things to cause confusion on the island. Some political watchers have deemed Brantley’s rhetoric on WINNFM on Wednesday morning as “Inflammatory and inciteful”.

“The CCM simply want power, they have not told the people of Nevis what their plans are for moving Nevis forward, and that is most important for the way forward for Nevis,” said Premier Parry.