Informally referred to as Obamacare, the Patient Protection and Affordable Care Act (PPACA) is a United States statute signed into law by President, Barack Obama on March 23, 2010.

“This reform will mean that Nevisians residing or visiting the United States will be able to utilize a modern and affordable Health Care System”, said Premier Parry.

He also agreed with President of the United Sates, Mr. Barack Obama that the Health Care judgment is not political, but is a good commodity for the country.

“It is absolutely grand that the entire law went through and nothing was struck out”, said Hon. Parry.

Chief Justice John Roberts’ vote was decisive in the Supreme Court’s 5-4 ruling in favour of the law. Nine justices comprise the US Supreme Court bench. 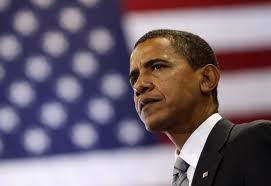 One of the five judges who voted for the Act was Justice Stephen Breyer who has a holiday home on Nevis.

The historic Health Care ruling comes just over four months ahead of the US Presidential Elections on November 6.

Barack Obama, the 44th President of the United States, and the first African-American elected to the top job, will be seeking a second term.

His Republican challenger, the former Massachusetts Governor, Mr. Mitt Romney has made it clear he will repeal the act if elected.