Premier Parry at the Consultation

Charlestown, Nevis–(Tuesday, September 6th, 2011) Premier of Nevis and Minister of Finance, the Hon. Joseph Parry presented several options which would place Nevis’ economy in a stronger position. He made the recommendations during his Feature Address at the 2011 Consultation on the Economy hosted by the Ministry of Finance on Tuesday,

The meeting was held at the Four Seasons Resort under the theme “Accelerating Economic Diversity and Productivity in an Environment of Fiscal Prudence”. The event was attended by a cross section of over 150 representatives from the private and public sectors on Nevis. The Consultation sought to give stakeholders the opportunity to make an input in preparation for the Government’s next Budget presentation normally held in December.

“Approaches to boost the economy can be achieved with the development of geothermal energy which will reduce the fuel bill and generate more income in the Treasury; the need for Tourism diversification; growth in the Health Education Sector; investment in self-employment generating activities; growth in Agriculture and the marketing of the Financial Services Industry,” Premier Parry told the gathering. 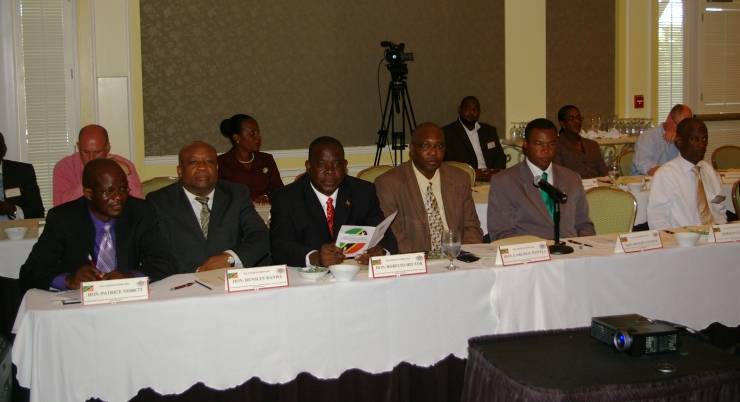 According to the Premier, the Government had met with mixed success in efforts to promote the geothermal projects which has progressed less rapidly than initially anticipated. However, he stated that nonetheless, geothermal would continue to take shape in Nevis.

In discussing the way forward regarding the empowerment of residents on Nevis, the Premier pointed to the continued encouragement of self–employment through the government run incentive programmes.  He added that the focus on these programmes in this new term would be on young women.

“The young women are more into education, family and good materialism and I believe it is a worthy time to invest in the women of Nevis,” the Premier said. 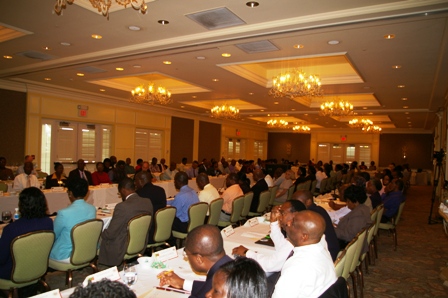 The areas that are anticipated to help to generate jobs on the island are Brown Hill Communications with the creation of over 100 jobs next year and Horsfords Value Mart that will be creating over 30 jobs. There will also be major construction in the areas of Tower Hill and the Botanical Gardens.