Charlestown, Nevis–(Wednesday, January 4, 2012)  Premier of Nevis, the Hon. Joseph Parry met with the Nation of Islam (NOI) Leader, the Honorable Minister Louis Farrakhan and his delegation on Thursday, as the Minister visited Nevis, the birthplace of his grandmother.


“I am so happy that you have returned to the island of Nevis where your roots are”, said Premier Parry to Minister Farrakhan, who was accompanied by his wife Khadijah and family.

The two leaders talked about Minister Farrakhan’s blood relatives, the Mannings and Mills of Jessups Village, in the Premier’s own constituency.  They also talked about the development of Nevis, and the imperative of the islands of St. Kitts and Nevis working together, for the mutual benefit of both islands.

“I have been told that the Prime Minister of St. Kitts-Nevis, the Rt. Hon, Dr. Denzil Douglas and yourself Mr. Premier, have  been able to work together and keep the two islands moving in a positive way forward,”  said Mr. Farrakhan, while lauding the nation’s leaders.

The Hon. Farrakhan is best remembered on Nevis for visiting the island during the lead-up to the secession referendum back in 1998. When Mr. Farrakhan was asked at a gathering at the Four Seasons Resort Ballroom, “How do you feel about Secession for Nevis?” He replied, “It is better to be the tail of something than the head of nothing.” 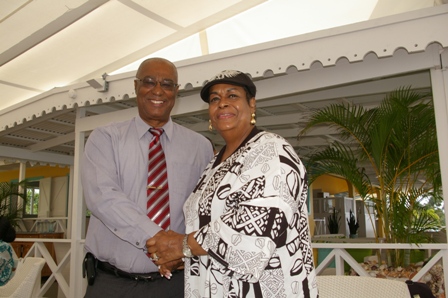 On this recent historic and important trip to the Caribbean, the Hon. Minister made visits to earthquake-ravaged Haiti, Jamaica (birthplace of his father), and St. Kitts and Nevis.   Minister Farrakhan spoke extensively to the Premier on Caribbean Unity in pursuit of progress, because as the Nation of Islam leader said, “the Caribbean has so much potential.”

He mentioned that the political climate has become tense in the Caribbean, and the time has now come for an end to political disunity for the good of the region.

“There is so much that can be done in the Caribbean, and we must unite and fight for a better, more developed and economically-independent Caribbean. It may be challenging, but it is not impossible,” said the Minister, who is best known for organizing the 1995 Million Man March on Washington, DC. 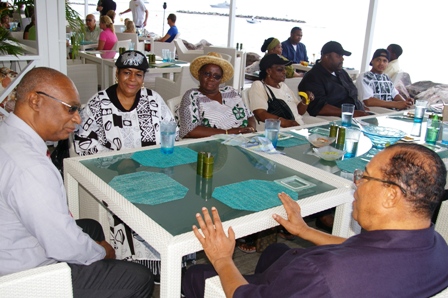