Charlestown, Nevis–(Wednesday, September 27th, 2011) Premier of Nevis, the Hon. Joseph Parry reported on his recent trip to Washington D.C, USA on the popular radio programme, “In Touch with the Premier” aired every Tuesday on Choice Community Radio 105.3 FM at 11:15am.

The Premier and Minister of Finance who was part of a Federal delegation attended the annual International Monetary Fund (IMF) board of Government meeting on Friday. While in the U.S.A, the Premier used the opportunity to speak with officials of the Export Import (EX-IM) Bank.

Mr. Parry did not disclose the details of the IMF meeting as he said the Prime Minister of St. Kitts-Nevis, the Hon. Dr. Denzil Douglas would report on that conference.

According to Premier Parry, the object of the meeting with EX-IM Bank officials was to refashion the application for the loan needed to assist with the move forward for the geothermal project on Nevis. “I feel very optimistic that the project will go through,” said the Premier.

He said that when one meets a challenge and the battle is ranging, one has to be persistent and strong to battle the waves.

“It is for this reason that I am happy to be part of the Nevis Reformation Party (NRP), as it has been a party of strength from the beginning,” the Premier said. 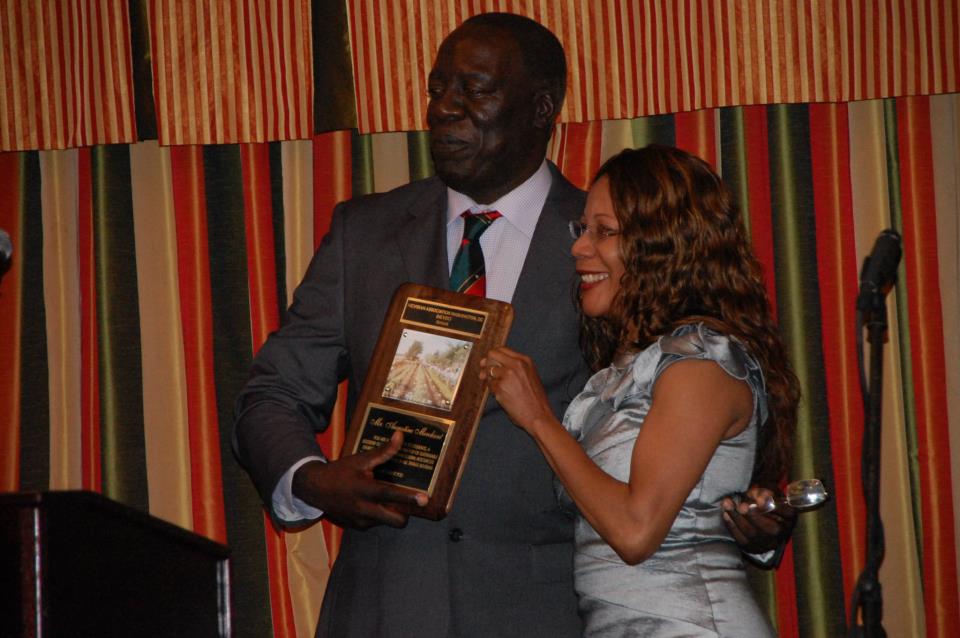 He went on to state that no matter the obstacles, the island of Nevis will get geothermal energy regardless of the challenges.

Meanwhile, during the Premier’s stay in Washington D.C, he along with the Prime Minister of Saint Kitts-Nevis, the Hon. Dr. Denzil Douglas attended the Nevisian Association of Washington D.C (NEV-D.C) Banquet on Saturday.

The Premier and the Prime Minister both made brief remarks at the affair.

Mr. Parry told listeners to the radio programme that the banquet was well organized by the President of (NEV-D.C), Mrs. Jasmine Woods, who he said did an excellent job of putting together the well-attended event.

The Premier said that the highlight of the evening was when four Nevisians who have dedicated much of their life to the development of Agriculture on Nevis were honoured. The Awardees were Mr. Mervin “Mansa” Tyson (who was unavailable to attend), Mr. Eric Evelyn, Mrs. Emontine Thompson and Mr. Augustine Merchant.