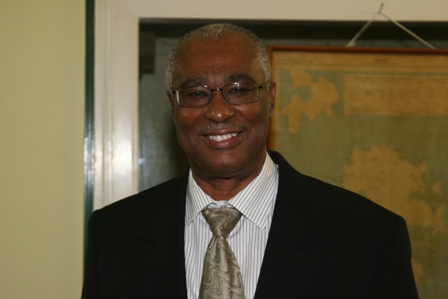 CHARLESTOWN NEVIS (March 17, 2010) — Nevisians and friends of Nevis have been given an opportunity to interact with Premier of Nevis, Hon. Joseph Parry who hosted his new radio call in program In Touch with the Premier.

The design of the programme is part of the Government’s thrust to further open the lines of communications and to receive suggestions, comments and general feedback from Nevisians both at home and abroad.

Tuesday’s inaugural show began with the present water situation in the region. Mr. Parry discussed how his Nevis Reformation Party-led Administration had made water a top priority when they came to government in July 2006.

He said he had received assistance from his cabinet to find alternate ways to increase the water supply. A company was later contracted to drill for water and was successful.

In addition, the Premier stated that the wells which had been previously poorly maintained by the previous government were cleaned and renovated by his Administration. As a result of the visionary hard work of his government, Nevis had not experienced water shortages like other islands in the region.

In relation to the present state of Nevis during the world wide recession, several callers congratulated the Premier and his Administration for doing job well done.

One caller stated that her family in the United States were all affected by the difficult economic times, while government workers here in Nevis continued to be employed with full pay.

In touch with the Premier, will be aired every Tuesday and will be carried live on ZIZ and Choice 105.3FM from 11:15am-12:15pm.  A rebroadcast of the programme will air on Winn FM that same evening at 7:00pm.

The Premier’s call in programme is being developed and produced by the Public Relations Department of Nevis.