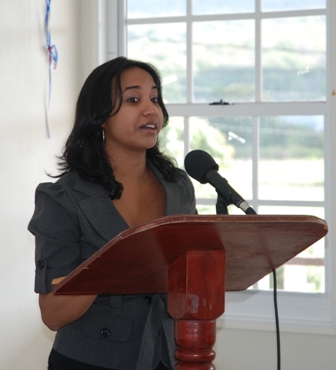 Food Technologist from the Trinidad based (CARIRI) Ms. Ahliya Gobin

The comment was made on Monday at the start of an ongoing one week workshop for Agro Processors on Nevis, based on the General Manufacturing Practices to Agro Processing. The event is funded by the NIA and the Caribbean Development Bank.

“We think that it is very important for the economy, we are really happy to see a Caribbean country making the effort to use their local produce rather than letting it waste,” said Ms. Gobin.

She also spoke on the contents of the training course and  said it was important for the Agro Processors to be aware of the necessary standards of food safety and sanitation that were vital not only for the local market but beyond.

“In terms of the content of the theory we would like to concentrate on food safety because we were told that that is the main focus of this workshop and we believe that food safety is the way to go if you want to export your produce. It is very important.

“A lot of countries now have new legislation where Caribbean countries are being investigated thoroughly for the safety of their products. For example there is the Bio Terrorism Act that the United States put in place and it is very, very important,” she said.

Participants were expected to participate in study groups to deal with a number of case studies and problem solving while in the theory sessions there would be a number of power point presentations on topics which range from Food Safety, Food Microbiology, Cleaning and Sanitation, Packaging and Labelling and Food Additives.

The presentations would be followed by practical sessions where local produce would be utilised to make products including mango drinks, tamarind balls, jams and jellies. 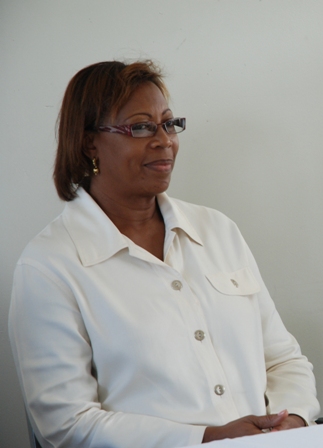 Ms. Tarradath added that during the week the issue of packaging would also be emphasized.

“We are going to highlight the packaging not only for the local consumption but for the export market as well, in terms of the legal requirements that are necessary for packaging and labelling.

“So at the end of the day they will be a little bit more aware of food safety, food handling practices and what is expected of them not just as another processor but as someone who is dealing with food and wanting to provide some sort of sustainability and financial awareness towards the country at large,” she said.