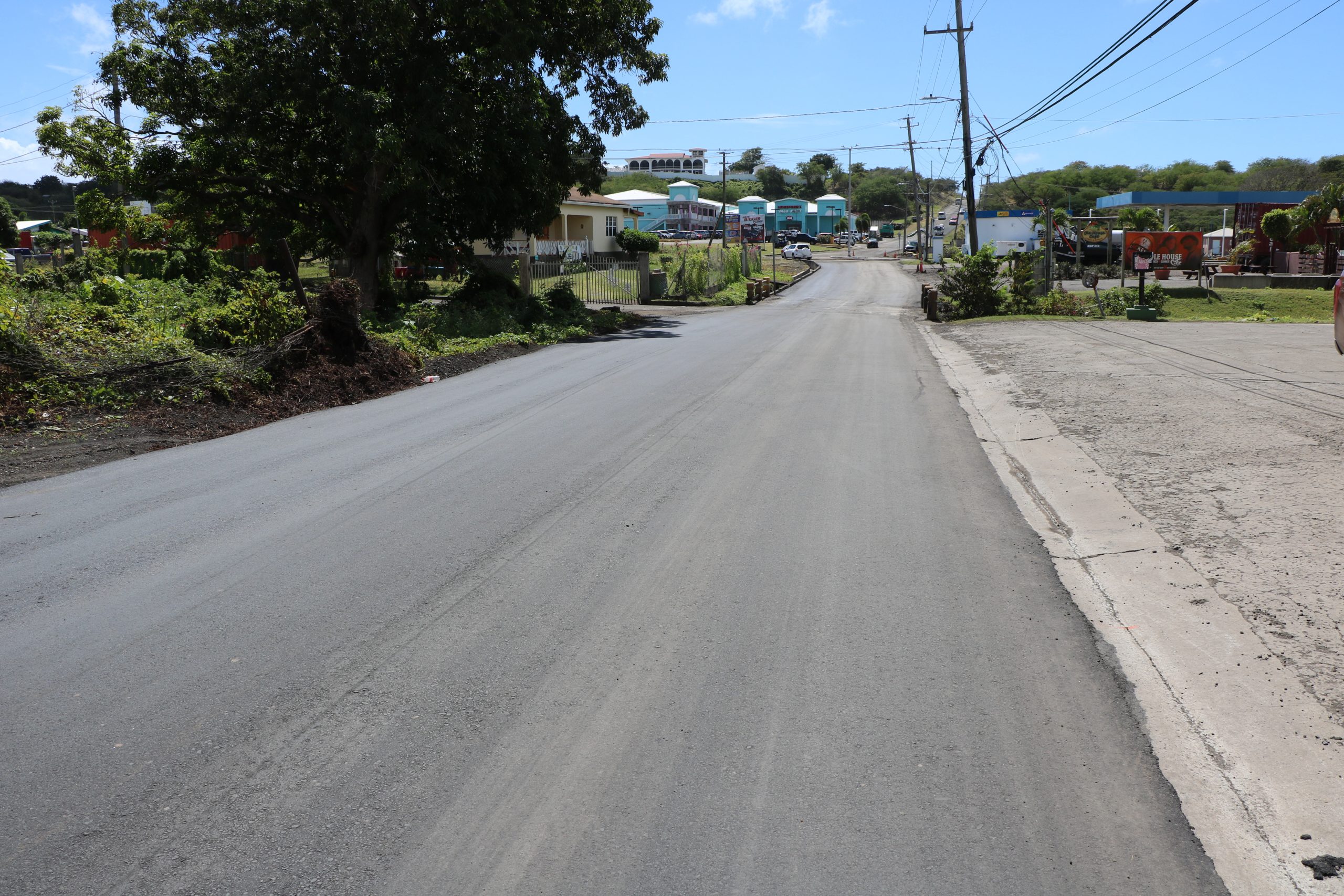 Section of Pump Road repaved on February 17, 2021 by the Department of Public Works, Nevis

NIA CHARLESTOWN NEVIS (February 17, 2021) –The Public Works Department has started the repaving process on the feeder roads connected to the roundabout at the Delta Gas Station in Stoney Grove, Nevis.

On February 17, Mr. Jevon Williams, Director of Public Works, provided the Department of Information with an update on the project.

“We would have prepared the section along Pump Road from the Gas station to the Water Department for the roadway asphalt paving on Tuesday. We would have already milled the road and after that we had to do the cleaning, and that’s where we utilized the road broom, which sweeps the dirt and debris off the road.

“We had put down the primer by late Tuesday morning and completed laying the asphalt by early evening and the road was reopened to traffic sometime around 6[pm],” he said.

The road work forms part of the Nevis Island Administration’s (NIA) project to resurface the Island Main Road from Horsfords Building Center to the Rams Shopping Complex, and Pump Road from the Roundabout to Club Trenim.

Mr. Williams said these roads had several potholes and had been a source of concern for road users for some time.

He said the Department took the opportunity to resurface the area at this time to coincide with the training of staff to use the recently acquired Wirtgen Cold Milling W150CF milling machine.

The milling process- removal of old asphalt- began on the stretch of road from Horsfords Building Center on February 08 and was completed on February 11.

Mr. Williams noted there was a slight delay in the repaving process as they had to await the arrival of a road sweeper. He thanked the Department of Public Works on St. Kitts for loaning them the important machine and for providing an operator as well.

The PWD road crew began laying the asphalt starting from Horsfords Building Center on Wednesday, February 17. The Director said barring interruptions from weather, it would be completed up to the roundabout that same evening.

He said once the weather holds, the PWD crew will

begin laying asphalt on the section of road from the roundabout to Rams Shopping Complex on Friday, February 19.

The project is scheduled to be completed on Monday, February 22 with the repaving of the immediate area around the roundabout.

Mr. Williams extended an apology to road users for the inconvenience of having traffic on those roads re-routed over the past several days.

“I know it has been somewhat inconvenient for persons who use these roads to go about their daily routine to be diverted to different routes; however we are hoping to wrap up the work shortly.

“I am sure the general public will appreciate having nice smooth roads to drive on in that area come next week,” he said.