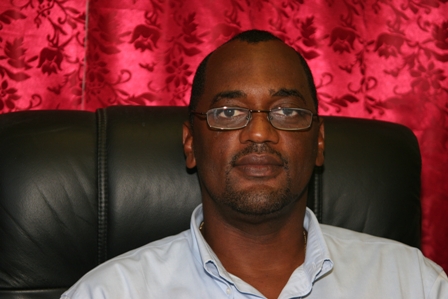 CHARLESTOWN NEVIS (December 15, 2010) — Relief is on the way for vendors at the Charlestown Public Market who for years had complained about their working conditions there. In about five months, they will receive a brand new and modern EC$850,000 facility funded under the Nevis Island Administration’s (NIA) Stimulus programme.

Demolition work on the over 50 year old dilapidated market which had become a health hazard, commenced on Sunday. One day later, Permanent Secretary in the Ministry of Agriculture Dr. Kelvin Daly told the Department of Information that on completion the floor would be recapped and a two storey facility would be constructed. The second floor will be used for dry goods and office space. The contractor is Mr. Meredith “Sapodilla” Hendrickson of Hickmans Village.

“Once completed, our vision is to have it as a multi-purpose centre not just for vendors. The permanent [display] tables that were there will no longer be a part of the project. The facility is basically going to be a shell with portable tables on wheels. So we can use the space for any large function we can simply move them out of the way. 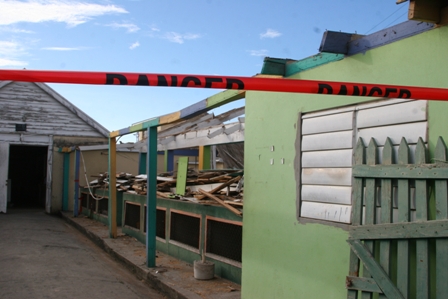 The Meat Market Section (left) of the Charlestown Public Market

“The design of the [display] tables will be different. If you go to these high end stores you will see the gradual incline tables, you can see all of the produce at levels and have secure draws on the back and things like that. So it’s not just a replacement of the old structure it is a much more enhanced, user friendly and more beautiful project. We took some time to get the design just right and everybody to agree but I think we got it right,” he said.

According to Dr. Daly, the area used as the Meat Market would also be replaced with a new Unit with the capacity to house four butchers. The new user friendly Unit will be constructed outside the old structure adjacent to the Fisheries Complex

He explained that the old Meat Market was a bit utilitarian but outdated with old chopping surfaces. Therefore the plan was to move up and replace the old technology which was fairly in the past but does not applicable anymore. 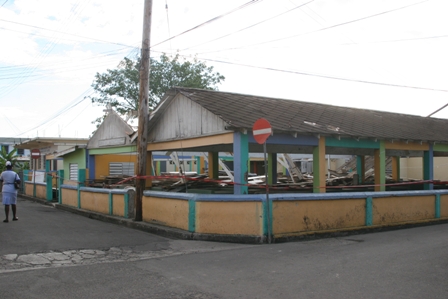 Demolition work on the way of the over 50 year old Charlestown Public Market. Over the years the facility had become a health hazard

The old Meat Market will be remodelled into refrigerative storage for the vendors. The Permanent Secretary said that at present, the vendors had to either transport their goods back home at evenings for refrigeration or they had to resort to begging for some space at the Supply section of the Marketing Depot.

“Now they will have their own space in the new complex where they can store their produce and would not have to worry about rats and people destroying them and spoilage because of high temperatures. So it will be a much better programme for the vendors at the market,” Dr. Daly said.