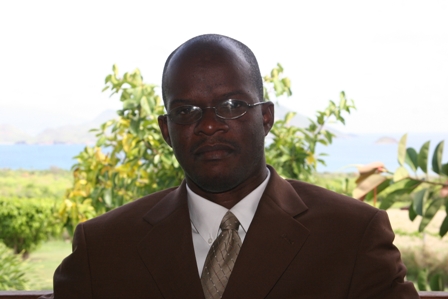 CHARLESTOWN NEVIS (August 24, 2010) — The residents of Nevis and St. Kitts and Nevis stand to benefit from a drop in prices on select consumer goods, when the Value Added Tax (VAT) Bill takes effect from November 1st, 2010. That view was expressed by Attorney General and Minister of Legal Affairs and Justice in St. Kitts and Nevis Hon. Patrice Nisbett in a recent interview with the Department of Information on Nevis.

In an effort to compliment the efforts of the Tax Reform Unit to help the public better understand the workings of VAT, Mr. Nisbett addressed the matter while on Nevis.

“In some situations goods should become cheaper because you would be paying less taxes in relation to some items that you purchase. Some may become more expensive but a whole host of items will in fact become cheaper because the rate of the tax to be applied will in fact be less than the rate that is currently applied and I want the general public of Nevis to be aware of that,” he said.

Mr. Nisbett further added that the introduction of VAT would also benefit business owners since they would be in a position to conduct their business cheaper, it would improve their cash flow and therefore allow them to operate at cheaper costs.

He explained that they would be able to reclaim VAT when their monthly returns were filed with the Island Revenue Department after they had paid to acquire goods and services that they sold to the public.

Notwithstanding, Mr. Nisbett said there would be select goods and services exempted from VAT which would ease any undue pressure on those in the community who were less fortunate than others.

“This exemption applies both to both domestic and commercial supplies. So the business houses and your residential properties, those who have a supply of electricity would not be charged VAT on top of their bill at present,” he said.

In relation to water, Mr. Nisbett said there would be no VAT charged on the domestic water supply and therefore residential consumers should not expect VAT charges on their monthly bills for water consumption.

However, though he did not list the other items that would be exempted from the application of VAT, Mr. Nisbett explained that there was a set structure with regard to the VAT rates.

“The third rate is what we call zero rated. There are a number of items under the legislation which are zero rated and this is in an effort generally to have the VAT, some view as a regressive tax, operate in a progressive manner in that the items would be zero rated,” he said.

The Minister further explained that there was a food basket and a number of items were included and would be purchased at a VAT rate of zero percent.

“We believe that this will bring tremendous relief to those who are poor and vulnerable in our society. It is in an effort to assist them in terms of their general purchasing power of these particular basic food items,” he said.

The VAT received safe passage in the National Assembly almost two weeks ago but the public awareness drive to enlighten residents of the tax continues on both Nevis and St. Kitts.

Mr. Nisbett said the tax was believed to be a fairer and much more efficient system of taxation and as the economy was transitioning into a services oriented economy, the necessary tax structure was essential in order to compliment the move and to ensure that St. Kitts and Nevis remained competitive in the global environment.

For his contribution to the ongoing awareness programme, Mr. Nisbett will host a Town Hall meeting for his constituents and other interested members of the public on Tuesday at the Brick Kiln Church of God from 7:30pm. Officials from the Tax Reform Unit will also be on hand to address any questions fielded by persons in attendance.