Permanent Secretary in the Ministry of Tourism Carl Williams at New River Estate on the first day of construction on June 09, 2015
NIA CHARLESTOWN NEVIS (June 11, 2015) — Restoration work commenced at the New River Estate, the last sugar plantation on Nevis to produce sugar.
The $180,000 project which will take six weeks to complete is funded by the Nevis Island Administration (NIA). Local contractor Myron Weston Jeffers and his team are charged with construction which will entail a new roof on the sugar mill. Two full time employees will deal with the construction of dry stone walls and landscaping.
During a visit to the site on June 09, 2015, Permanent Secretary in the Ministry of Tourism Carl Williams said on completion of the project, the site will become a live-in plantation museum in which visitors would be given an opportunity to see what happened on the estate many years ago.
The facility will have an interpretation centre where visitors could find historical information about the operations at the New River Estate. 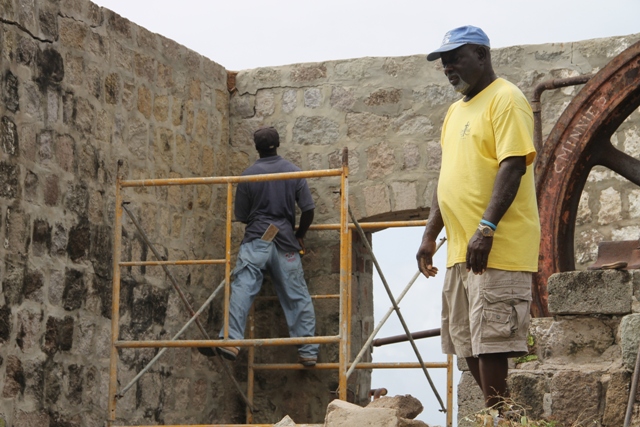 According to Williams, plans also include planting trees which had been used by the island’s ancestors.
“We are also going to plant some trees which we felt should be here because they were once plants used by our ancestors for example the calabash tree, the maco tree for fruit for our children.
“We are also going to plant some sugar cane, cassava and cotton so that one can see what use to be many years ago,” he said.
Williams explained that prior to the project, the area was overgrown with bush and was in bad condition. He said it was felt because of the history associated with the estate, developing the site would add to the island’s tourism product.
Another plan for the area, according to the Permanent Secretary is the erection of a monument to honour those who worked on the estate many years ago. 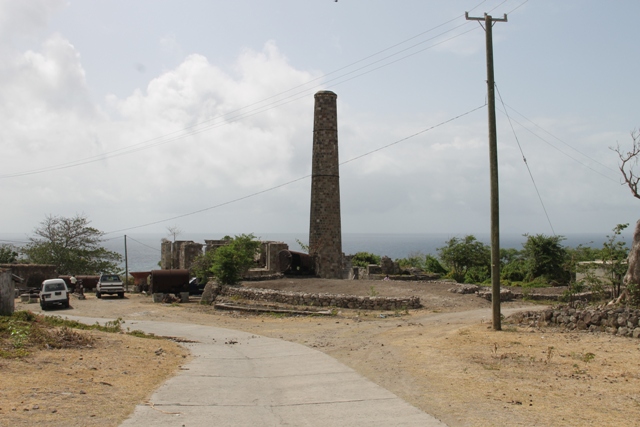 “Presently there is a list of the names of slaves at the Museum of Nevis History and what we are hoping to do is erect a monument with the names of those persons, so persons can come and look and see the names of persons who I am sure, at some point in time, they will realise are their ancestors,” he said.
He also expressed hope that the site, because of the picturesque view it offered, would become popular as another wedding location on Nevis.