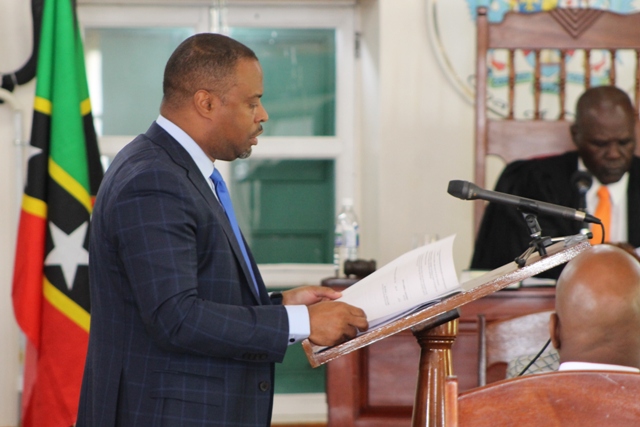 NIA CHARLESTOWN NEVIS (July 07, 2018) — Hon. Mark Brantley, Premier of Nevis and Minister of Finance in the Nevis Island Administration (NIA), says revenue derived from tax collections at the Inland Revenue Department (IRD) for the first six months of 2018, is showing a significant increase over the same period in 2017.

Mr. Brantley made the disclosure at a sitting of the Nevis Island Assembly on July 03, 2018, when he, as Minister of Finance, was seeking to amend a section of the Tax Administration and Procedures Ordinance related to tax collections.

The Finance Minister believes the increase is an indication that the NIA is moving in the right direction as no new taxes have been introduced and the same taxes are yielding more which he attributes to the positive response of tax payers.

For the Corporate Income Tax, $3.4million was collected for the first six months in 2017. However, so far $3.6million has been collected in 2018 with a variance of 5.66 percent.

Mr. Brantley also used the opportunity to give an account of the actual revenue collected over the past six months in relation to the NIA’s budgeted revenue for 2018 and commended the officers engaged in tax collection.