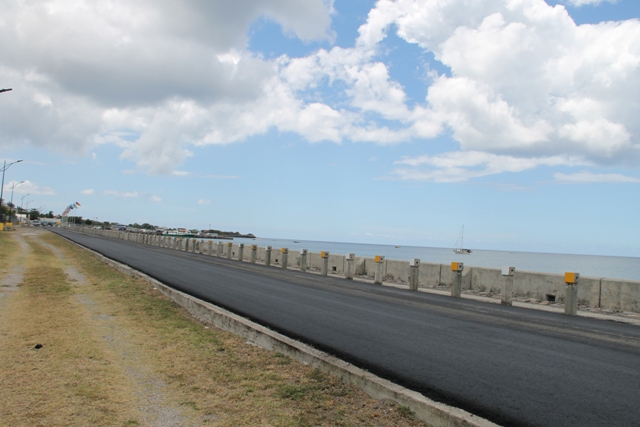 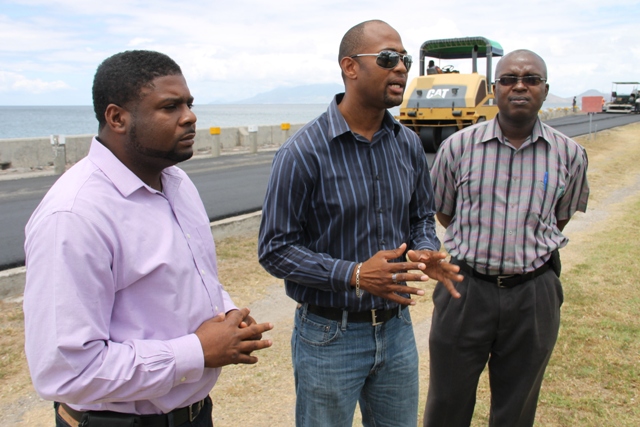 “The Nevis Island Administration felt that it was necessary to do some facelift to the Charlestown area, to the Bay front area. What we are doing here on Samuel Hunkins Drive is a continuation of this facelift…
“The surfacing here is part of a bigger project to see some more resurfacing being done in some areas. This is done in an effort to make Charlestown a bit more welcoming. The work is being undertaken by the Public Work Department. The trucks that are being used are trucks [owned by] locals,” he said.
Mr. Liburd stated that more work will be done to the Nevis waterfront as a part of the Charlestown Beautification Project, one initiated by his senior Minister Alexis Jeffers. However, it the project was being executed by local workers. 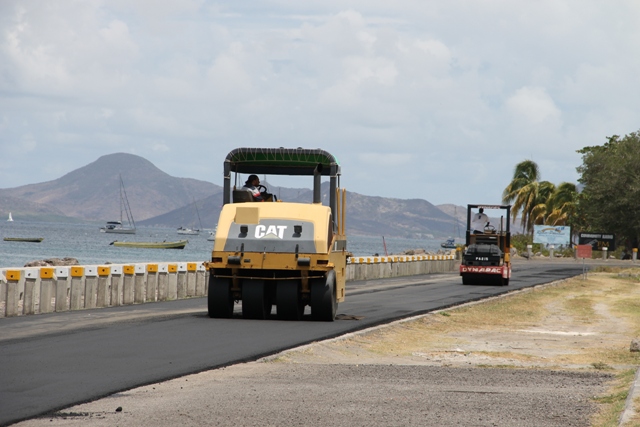 “This NIA has said and we continue to say, we want to explore local talent and allow the locals to do a lot of the work. So we have guys benefiting from the work that is being done here on island. Hopefully, in another few weeks we will see some more surfacing being done in the Charlestown area. So it’s all a part of this drive to beautify Charlestown.
“I think it’s worth mentioning that this whole drive to beautify Charlestown has been sort of championed by Minister Jeffers. He has been behind me to have the surfacing done here and I am happy that at this time we are actually getting it done So people can look forward to a smoother drive along Samuel Hunkins Drive and hopefully in the coming weeks, they will be able to look forward to a smoother drive in the Charlestown area,” he said. 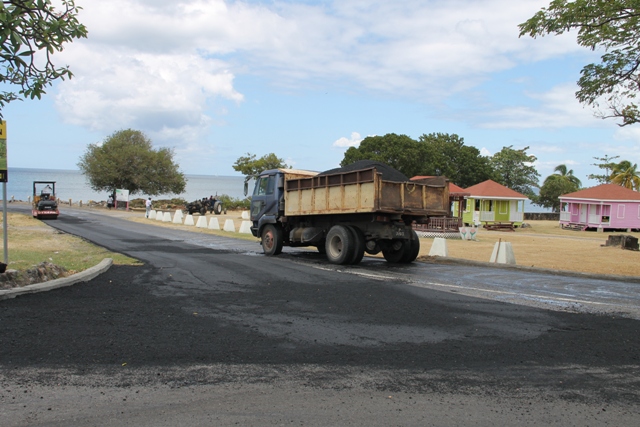 Also present at the interview was Director of Public Works Diora Raul Pemberton and Permanent Secretary in the Ministry of Communication and Works Ernie Stapleton.
Pemberton explained, that the project on Samuel Hunkins Drive road utilised a total of 300 metric tons of asphalt. He also stated that that area of road was last resurfaced about seven or eight years ago and was in need of asphalt resurfacing.