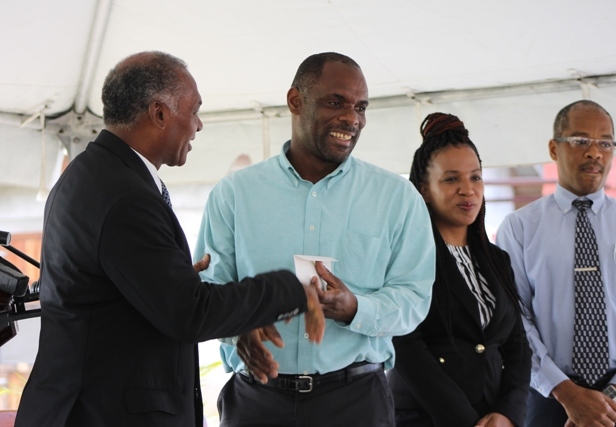 In conclusion Dr. Chaderton asked those present to recognise the SIDF’s deep interest in projects involved in the economic development both in St. Kitts and in Nevis.
On receipt of the cheque, Mr. Amory handed it over to Permanent Secretary in the Ministry of Finance Mr. Colin Dore. In turn, he handed the cheque to Permanent Secretary in the Ministry of Health Mrs. Nichole Slack-Liburd who passed it on to the Hospital Administrator Gary Pemberton.
The project is being financed jointly between the SIDF and the NIA. The $9million from the SIDF is in the form of half grant and half loan on concessionary terms.