Mrs. Bradley-King told the Department of Information during the exposition at the Occasions Conference Centre at Pinneys that there had been a steady flow of curious persons from a cross section of the community.

“It’s been going well, we have a steady flow of persons coming in and visiting and we are quite pleased with the turnout… Persons are interested and they have indicated that they are really coming to get more information.

“There are those who have raised concerns that building in Nevis is very, very expensive and perhaps the fund needs to be increased rather the maximum value of the house needs to be increased because building in Nevis is more expensive than building in St. Kitts but generally people want to access information and I think they are very happy that they have been exposed to the different persons and they can get this type of information,” she said.

The FREESH programme was one of two funds established by the SIDF in partnership with FINCO, Development Bank of St. Kitts and Nevis and the Bank of Nevis for the provision of funding for middle to low income housing in the Federation.
nergy 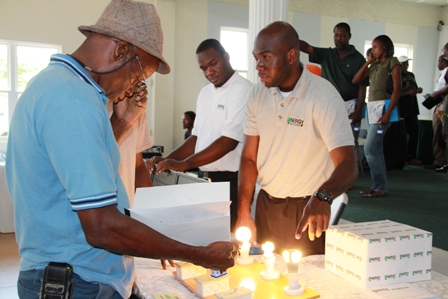 The other is the Equity Assistance Fund (EAF). Under the programme which was established with $1million, funding could be accessed from $500,000 and below. For persons who genuinely cannot pay the down payment for loans under the programme could be facilitated under the EAF but would be tagged to the loan.

The SIDF Corporate Affairs Manager noted that the five percent interest was unlike anything persons would be offered elsewhere and believed that the interest demonstrated by persons who had come to the exposition. Therefore many would pursue the opportunity to have their own home.

According to her, there were some 15 exhibitors at the exposition on Nevis who were drawn from financial institutions, suppliers of building materials, interior decorating companies, insurance, alternative energy, trucking, construction workers and architects.

Notwithstanding, Mrs. Bradley-King said persons could continue to access information through the SIDF website  www.sknsidf.org  or through the financial institutions they had partnered with.

The SIDF Official also disclosed that the funding would be available for as long as the partnerships with the banks continued with the Foundation.

“It really would last as long as the funds are available and the banks partner with us. We have indicated that the SIDF has established the fund with $10million. I want to make it clear though, that the 100 percent of loan does not come from the fund. The SIDF contributes 40 percent of the total value of the loan. 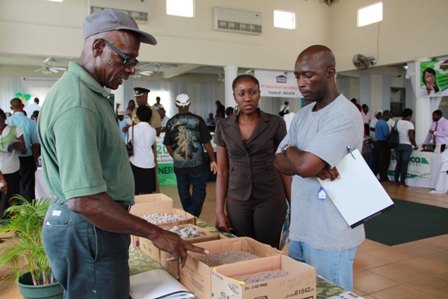 “There are persons who are trying to figure out how many homes they can build from the $10million because they think it all comes from that but our contribution is 40 percent of the total value of the loan. So we contribute 40 and the banks put 60 percent and because of that arrangement that we have with the banks the interest rate can be as low as five percent,” she explained.

Another exposition was held in St. Kitts one day earlier and according to Mrs. Bradley-King that event was also a success.

“That event on St. Kitts went really, really very well. We had 700-800 persons visiting and that number really, really surprised us and we are extremely pleased with the tremendous support from the public,” she said.