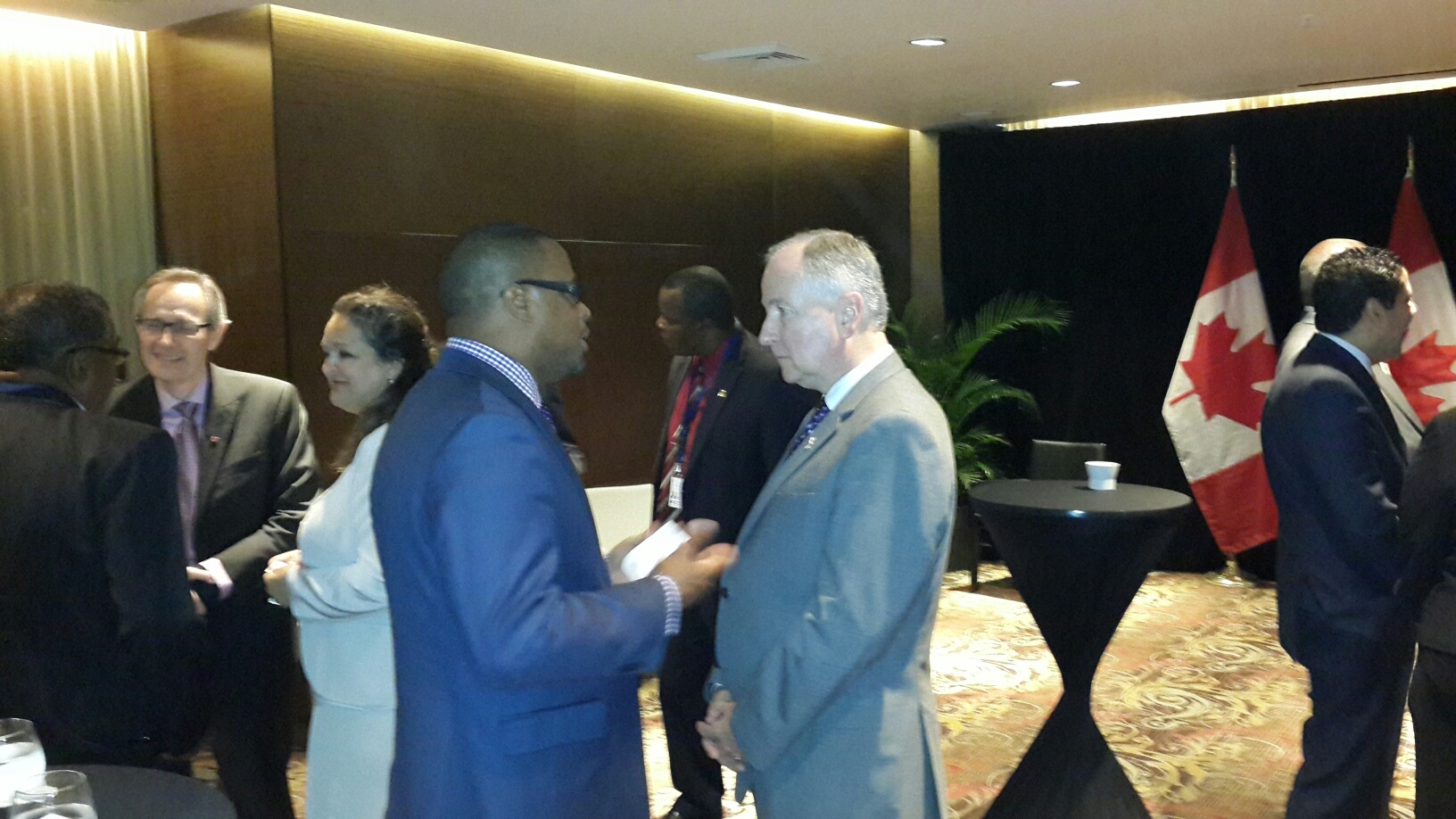 In a report given to the Department of Information late Friday, April10, 2015, Mr. Brantley who is attending the Summit of the Americas in Panama as part of a Delegation headed by Prime Minister Hon. Dr. Timothy Harris, stated that the Canadian Minister indicated the desire to hold further, more detailed, talks on the reinstatement of that privilege, at the highest levels of the Canadian government.

Mr. Brantley noted that he also spoke of the Federation’s plans which would further enhance the relationship between St. Kitts and Nevis and Canada.

“I advised of St. Kitts Nevis plans to open a full High Commission in Ottawa in the first half of this year and the hope to engage him and his colleagues during the opening.

“The opening of the High Commission would be a formal and concrete indication of the commitment of St. Kitts and Nevis to the long and treasured relationship with the government and people of Canada,” he said.

According to Mr. Brantley, the Canadian Ambassador welcomed the intervention which was buttressed by the public intervention of the Foreign Affairs Minister of St. Vincent and the Grenadines. Hon. Carmello Gonsalves.

The St. Kitts and Nevis Minister said Mr.Gonsalves spoke eloquently to the need for dialogue on the issue of immigration between Canada and various Caribbean Community (CARICOM) member states; how visa restrictions imposed by Canada on CARICOM nationals ran contrary to international trends and negatively impacted families and social intercourse between Canada and the CARICOM region. 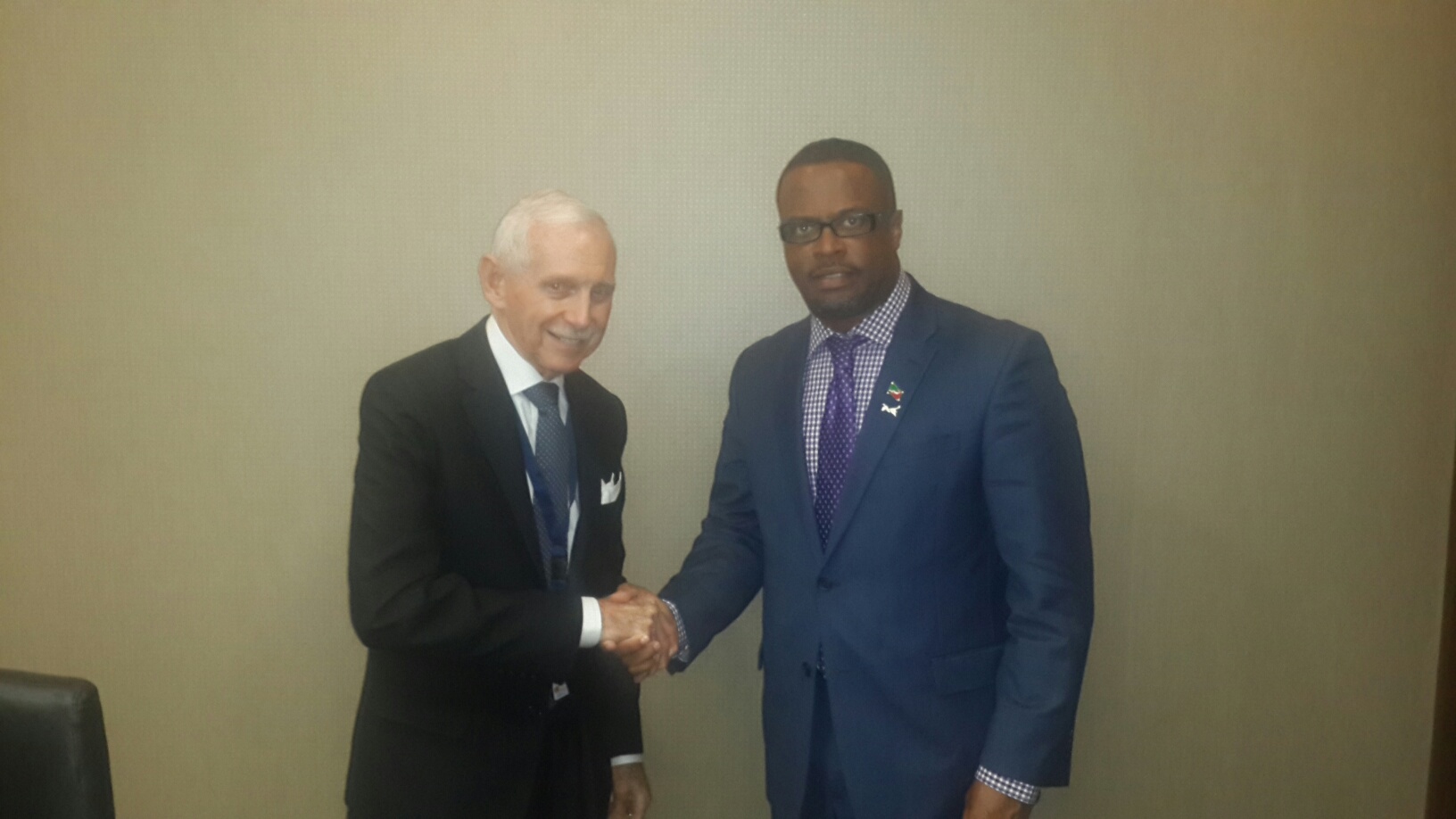 Mr. Brantley met with the Canadian official when at a cocktail he hosted for CARICOM Foreign Affairs Ministers who attended the Summit.

Meantime, Mr. Brantley reported that he had also met with Ambassador of the International Organization for Migration (IOM) William Lacy Swing on April 10, 2015, on the sidelines of the Summit.

“I met with Ambassador Lacy and his team. I was accompanied by Justin Hawley who serves with the Embassy of St. Kitts and Nevis in Washington DC.

“We discussed the possibility of St. Kitts and Nevis becoming a member of the IOM and agreed to follow up with closer discussions on the matter later this year,” he said.

The IOM, based in Switzerland, is an intergovernmental organization dedicated to promoting humane and orderly migration for the benefit of all. It does so by providing services and advice to governments and migrants.

It works to help ensure the orderly management of migration, promote international cooperation on migration issues, assist in the search for practical solutions to migration problems and provide humanitarian assistance to migrants in need, be they refugees displaced persons or other uprooted people.

The IMO’s constitution gives the organization explicit recognition to link between migration and economic, social and cultural development as well as to the right of freedom of movement of persons.