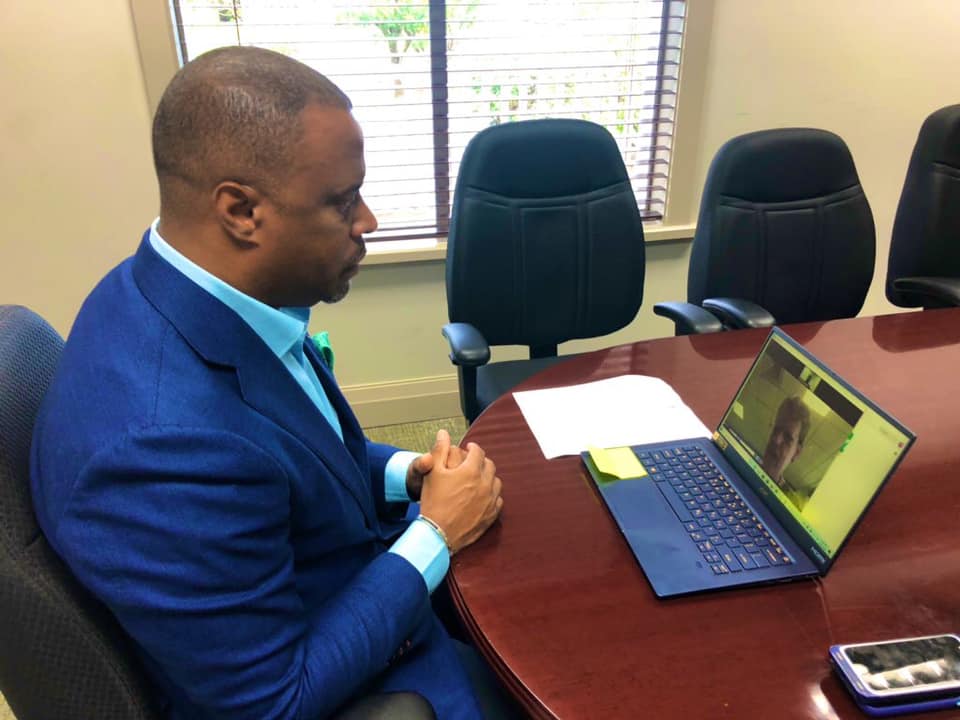 The Foreign Affairs Minister has embarked on a round of virtual meetings with friendly governments across the globe, utilising technology to hold discussions as travel remains a health and logistical challenge for many of the foreign diplomats.

“I have participated in several virtual meetings recently with diplomatic colleagues around the world to share experiences on and responses to COVID-19 and to seek to animate and energise our bilateral relationships globally. Some important issues were discussed including trade relations, climate change, and the European Union’s blacklisting of Caribbean countries without any consideration to the serious harm to our economies,” he said.

The Foreign Affairs Minister stressed that “diplomacy matters,” as St. Kitts and Nevis’ relationships with friendly countries provide tangible and intangible benefits to citizens of the federation and those of allied countries.

Mr. Brantley also disclosed that he has held significant discussions with African countries with respect to visa waiver agreements as he continues work to spread St. Kitts and Nevis’ diplomatic footprint across the globe.

“St. Kitts and Nevis is committed to deepening and strengthening existing relations and developing new relations. We remain friends to all and foes of none,” he said.