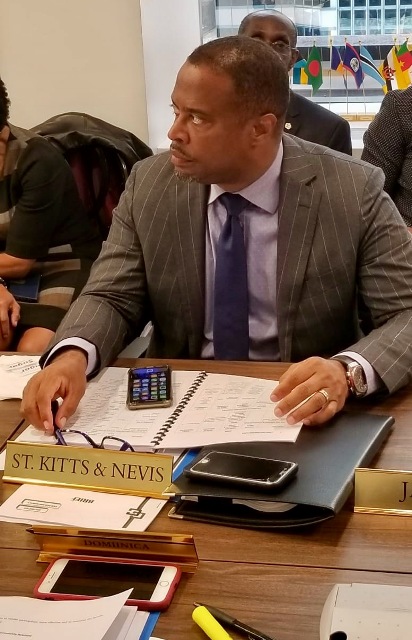 Ministers discussed pressing matters inter alia, United Nations Security Council Reform, the implications for CARICOM of the United Nations Development System, the development of national financing frameworks under the scope of a vigorous implementation of the SAMOA Pathway, the phenomenon of de-risking and climate change.

Of specific importance was the discussion on health-related issues, in particular, the fight against tuberculosis and the prevention and control of non-communicable diseases, both of which the United Nations General Assembly will discuss this week.

The Foreign Ministers also discussed migration, ahead of the Inter-Governmental Conference to adopt the Global Compact on Safe Orderly and Regular Migration scheduled for Marrakesh in December 2018.

In line with its national and regional priorities, the Council decided to intensify its advocacy for reconsideration of the criteria for development financing for middle income countries such as those in our region that continue to  face with substantial economic and environmental vulnerability.

Further, the Ministers have agreed to ensure effective advocacy, in line with the CARICOM Declaration on Climate Change, and the Paris Agreement, to heighten awareness about the deleterious impacts of climate change.

The COFCOR is expected to engage third countries including Japan, UK, Canada and USA.